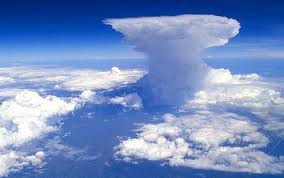 451 Research survey shows boom in cloud consumption by the enterprise

The takeaway from new end-user research on cloud is pretty straightforward – enterprises are evaluating and using infrastructure providers in record numbers and the trend is set to continue.
The sweeping biannual survey conducted by TheInfoPro, a service of 451 Research, of enterprise IT professionals and decision makers shows a continuing rise in spending and demand for cloud services and infrastructure, punctuated by a continuing need to push operations tasks onto external IT services providers. Some of the highlights of the research include the very large amounts of money enterprises are spending on cloud computing as a class, and the shifting nature of how cloud services are allocated in budgets and understood as part of enterprise IT as a whole.
Highlights and trends
TheInfoPro conducts regular, lengthy telephone interviews with IT decision makers across a broad range of enterprises that cover virtually every segment of the market. Each interview lasts an hour or more and gauges interest and activity for a range of IT-related topics, including budget allocations, sentiment about vendors and plans for future projects. Published research is broken out into distinct areas of interest. The cloud computing research has been of particular interest for several years; although it remains a very small part of IT spending overall, it is one of the most important trends shaping how decisions are made and how spending will be allocated in the future.
Of critical importance to the provider market is the fact that while private cloud dominated enterprise IT in 2012 (for those enterprises engaged in adopting cloud-style infrastructure projects), for 2013, the number of enterprises evaluating or beginning projects based on IaaS and SaaS providers has jumped sharply.
For 2012, 40% of enterprises were engaged in private cloud projects – assessing or transforming or building out some part of their own IT infrastructure to match the definitions of IaaS or PaaS in some fashion. This was more than double the rate of any other cloud-related activity. However, this picture has shifted radically for 2013 – 35% of respondents still say private cloud is the primary objective, but now more than 30% also say that assessing and strategic planning around cloud providers, or deploying to IaaS or SaaS service providers, is the top priority, double the numbers from 2012. IaaS edges out SaaS as a topic of budgetary interest 31% to 30%.
Security remains the perennial bugbear for enterprises, with 30% citing it as the top pain point for cloud-related activities, a lower figure than in the past but still by far the primary concern. Other points of friction have shifted, however, with 18% reporting migration/integration and lack of internal process as major roadblocks. Cultural concerns, intra-business politics, difficulties negotiating SLAs with providers, a lack of standards and training around cloud were all cited as common roadblocks.
It is of special note that almost 70% of respondents said that non-technical problems were the largest barrier and 15% reported difficulties with IT itself in moving to cloud infrastructure and cloud providers. The vendors of record that enterprises were excited about are Microsoft, VMware and Amazon, in that order, with OpenStack rising to fourth place with 16% of respondents. This reflects the ubiquity of Microsoft and VMware as brands within the enterprise and Amazon position as the market leader by an order of magnitude in IaaS. The complete TheInfoPro Cloud Computing: Wave 5 survey series is available to qualified subscribers or for purchase from 451 Research.
The 451 Take
Clearly, the Rubicon has been crossed: there is no question of the fitness or utility of cloud computing and cloud computing providers for the enterprise, and the market has moved into a period of serious adoption. Providers that can lay claim to enterprise-friendly features and engagement models as well as robust IaaS service offerings will be in the best position to take advantage of this appetite. The enterprise market is vast; most of the enterprise dollar is still spent on traditional IT vendors and products, but the opportunity for service providers to co-opt and extend into that dollar are hard to overstate and that is what the survey data clearly shows.
https://451research.com/report-short?entityId=78530