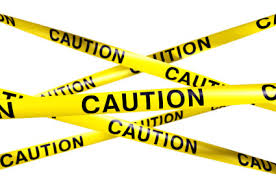 Buyer beware: if it sounds to good to be true, it probably is.
You never get more than what you pay for — and sometimes you don’t even get what you pay for.
There’s usually a reason why something is cheap.
By Beth Pariseau in SearchCloudComputing.
Emphasis in red added by me.
Brian Wood, VP Marketing
———–

Amazon Web Services shops said they’ve seen fluctuating performance on the company’s Elastic Compute Cloud due to “noisy neighbors,” but Amazon officials said that’s a misconception.
A “noisy neighbor” in the context of cloud computing refers to a co-tenant on a piece of virtualized server hardware that hogs resources, slowing other tenants’ virtual machines down in the process.
“The Achilles’ heel for Amazon is the noisy neighbor,” said Devon Lazarus, cloud services manager for an electronic equipment manufacturer on the West Coast.
Lazarus said the key to avoiding this problem is to pick the largest appropriate instance type to run performance-sensitive applications — that way, in theory, the application shares a server with fewer other machines.
“The micro and small instances are not for production,” he said. “We usually use them for testing and validation, then move into larger instances.”
Another Elastic Compute Cloud (EC2) customer, who asked to remain anonymous, also said he has seen the noisy neighbor problem when it comes to network bandwidth.
These comments came on the heels of a survey by Cloud Spectator, commissioned by AWS competitor Virtustream, which ranked Amazon Web Services (AWS) at the bottom of a list of competitors in cloud computing performance. Since the survey was commissioned by a competitor, it is to be taken with a grain of salt, but it is also one data point in support of customers’ perceptions about EC2 performance.
Meanwhile, AWS officials said that while performance may vary, there is no noisy neighbor problem in EC2.
“What customers are really reporting there is a difference in performance from one instance to another, but it’s not due to other people [sharing the hardware],” said Matt Wood, general manager of data science for AWS.
Instead, Wood said, Amazon might have refreshed its host hardware, so customers might see an instance restart on a server with a faster processor and conclude that the previous host suffered from contention problems.
“At a high level, we have hard partitioning at the CPU level, and we provide [Provisioned IOPS]- and [Elastic Block Storage]-optimized instances to ensure consistent IO performance,” Wood said. “On C3 instances, we also have single-root IO virtualization, which enhances networking further.”
But analysts say customers’ observations have some merit.
“Noisy neighbor” is only supposed to apply to situations where resources are oversubscribed, which is typical for Web hosting and virtual private servers, said Carl Brooks, analyst with the 451 Group based in Boston. AWS does not oversubscribe, so this shouldn’t happen.
“What happens instead is that other parts of the host system get overtaxed — RAM, bandwidth, traffic to disk,” Brooks said. “As AWS pointed out, they have additional for-pay services to mitigate that effect, but that doesn’t change the user’s experience. It’s not technically a noisy neighbor, but it is your neighbors being too noisy overall.”
Some customers at the show said fluctuations in cloud computing performance must be expected from any service provider, and the appropriate response is just to spin up more instances.
“Spot instances are two cents apiece — what do I care about having to spin up more?” said Brian Tarbox, a software engineer at Cabot Research, a financial data analysis firm based in Boston. “You have to assume failures happen and that there will be bouncy latency and throughput; you have to build systems that can handle those things.”
http://searchcloudcomputing.techtarget.com/news/2240209703/AWS-fends-off-bouncy-cloud-computing-performance-perception