Big Data Not "All That"? 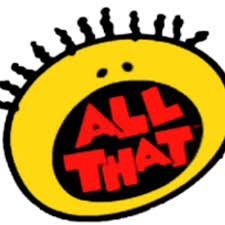 News flash: big data is not sufficient to achieve pure efficiency or solve all business problems.
Spoiler alert: big data is one tool among many in the business executive’s organizational arsenal.
Opinion: people with insight and experience and street-smarts and common sense matter too.
Summary by Tim McElligott in FierceBigData, original opinion piece by Paul Thorley (CEO of Capgemini) in CIO.
Emphasis in red added by me.
Brian Wood, VP Marketing
——–

When big data is not enough

The first question you have to ask yourself when reading a headline like this one from CIO–“Big data necessary, but not enough” is, who ever said it was?

The point is well taken that big data is not a solution unto itself. It does not exist in a vacuum. In business, big data is an analytics tool that provides non-obvious insights to executives to assist in their decision making. In healthcare, it is an adjunct to decades of medical research and a taskmaster for adhering to best practices.
In all instances, big data works with some other process or tool–usually already in place–in order to make sure the data being used is the most accurate and relative to the task at hand.
The CIO article, written by Paul Thorley, CEO of Capgemini, states rightly that the ability to take advantage of big data is what “makes a smart organization different from one that is not so smart.” It also explains how business intelligence, which traditionally was derived from data within an organization, has now expanded beyond the borders of the enterprise to leverage data from the outside, and that this is driving interest in big data. But he never explains what big data is lacking or what makes up for it not being enough.

His company’s own data, from a 2012 global survey on big data, found that the majority of respondents (54 percent) say that management decisions based purely on intuition or experience are increasingly regarded as suspect. By this view, the headline should have read: “Intuition and experience necessary but not enough, supplement decision making with big data.”
Capgemini’s research also showed that 65 percent of executives assert that more management decisions are now based on hard analytic information and that organizations are increasingly moving towards evidence-based decision making. If only that were true of society at large.
The article is worth reading for the survey data it shares, but it never deals with the headline, which arbitrarily leaves big data shortcomings flapping in the breeze. However, Thorley offers a sage bit of advice for implementing big data solutions. He said to do a short proof of value before getting too far along. “If the proof of value (PoV) is promising, the scope [of the project] can be further expanded iteratively. The key to this is to be able to keep the PoV succinct, employ support of external organizations like Systems Integrators, big data forums to exchange experiences, to obviate the need for upfront investment in the technology/ tool set and others.”
http://www.fiercebigdata.com/story/when-big-data-not-enough/2013-04-30
——–