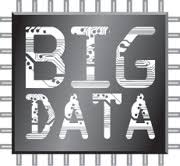 Big Data + Bioinformatics = growth, hype, opportunity, risks, chatter, noise, funding, start-ups, confusion.
The short summary / commentary by Tim McElligott in FierceBigData below captures the current market state pretty well.
AIS’ angle? ClearCompute, our bioinformatics software as a service offering to empower genetic researchers to do much of the heavy lifting and only pay for the resources they use.
Emphasis in red added by me.
Brian Wood, VP Marketing
——————

Race is on in big data bioinformatics market

The race is on for solutions to analyze genetic data faster and easier and to bring the cost down to the point where sequencing becomes accessible for a much wider market.
TechCrunch reported this week that startup Bina Technologies raised another $6.5 million in Series B funding to help it continue its efforts to help research universities, pharmaceutical companies and clinicians can get access to sequence data that they can decipher.
In February, Bio-IT World reported on Bina’s launch of its Genomic Analysis Platform, which helps solve what has quickly become a big data problem in sequencing. The Bina Box is an on-premises hardware and software solution that sits alongside genetic sequencers and captures the files streaming off them, which contain approximately a half-terabyte per sequence. The company said that the box handles assembly and alignment of raw reads and variant calling, which are uploaded to the cloud for comparative analysis, disease-association studies, aggregation, mining, and other downstream analysis.

More important is that is lowers the cost significantly. Other companies such as DNAnexus and Seven Bridges Genomics have developed similar technology.
Another startup out of Seattle, Spiral Genetics, raised $3 million this month for its service that helps researchers in academia and industry more quickly analyze raw sequence data. Company Co-founder and CEO Adina Mangubat said when her team realized the speed and volume with which raw sequence data was being generated, she saw an opportunity in high-performance bioinformatics tools.
According to an article in Nature last week, the market for bioinformatics services and software may soon surpass that for sequencing technologies, as online bioinformatics companies compete to bring genomics platforms and software to hospitals.
Even as the cost of sequencing comes down, the infrastructure costs for hospitals and others to analyze the data on their own is still prohibitive.
So, companies are turning to the cloud where they can upload a client’s or patients sequencing data and run analysis without the cost of infrastructure. The resulting data can also be shared between doctors or scientists without having to transfer huge files. Nature says this will create a new crop of genetics interpretation and analysis firms.
http://www.fiercebigdata.com/story/race-big-data-bioinformatics-market/2013-03-26