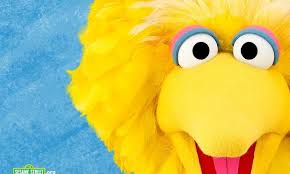 Big data is slowly moving from “mostly just hype” to “a lot of hype but also some traction”.
Will big data be a bigger deal in 2014?
Article by David Weldon in FierceCIO.
Emphasis in red added by me.
Brian Wood, VP Marketing
———-

IT execs have high hopes, big challenges with big data in 2014

There is big news on the big data front–IT executives see its potential, recognize the shortcomings in their organizations, and want to do something to bridge the gap.
Those are among the findings of the recently released study “Big Data Insights and Opportunities” by CompTIA, which looked at where organizations are currently with big data initiatives, and what they anticipate for the next few years.
Timothy Herbert, vice president of research at CompTIA, spoke with FierceCIO about the findings of the new study, the second that the association has done on big data.
The CompTIA study was conducted in two parts, Herbert explained, looking at the topic from the perspective of the end user and from the channel. The sampling size was 500 participants in each half of the study, which was done online this summer.
“Similar to any emerging technology category, sizing the big data market presents a number of challenges,” Herbert explains. “While there are quite a few pure-play big data firms and a growing ecosystem of big data applications and tools, the challenge comes in separating the ‘big data’ component from the host of supporting and related technologies (think storage, data management or analytics).”
Growing awareness
The first key finding of the study is the increase in awareness about big data and its role in helping organizations make better decisions, Herbert says. More than half of those surveyed (55 percent) say big data is very important to their organization. Big data is rapidly gaining momentum, Herbert notes.
“There were not a lot of companies engaging in big data last year,” Herbert says. “Media coverage was just wrapping up at the end of 2011, and big data was just gaining traction. Executives saw the term, but they didn’t understand much beyond that.” It’s a very different story this year, and certainly heading into 2014. The CompTIA study revealed that the number of organizations that say big data is important to them will increase to 62 percent, Herbert says.
Specifically, IT execs identified the following goals with effectively analyzing and acting on big data:

Knowing versus doing
Understanding big data and managing it are obviously two different things, and that is where the news gets less encouraging, Herbert explains.
“While already important, organizations of all types expect data to become even more critical to the success of their business. And yet, many companies acknowledge they need to do a much better job leveraging the data at their disposal,” Herbert says in his study report.
“Nearly 8 in 10 executives agree or strongly agree with the statement “if we could harness all of our data, we would be a much stronger business,” according to Herbert. “Because data growth shows no signs of slowing–IDC estimated the total volume of data doubles approximately every two years–this trend will only intensify.”
Herbert cited other studies that confirm the trends seen by CompTIA. For example:

The stakes are high
With all of this activity, companies need to get it right, Herbert stresses.
“The consequences of lagging behind in a data-driven world may become more pronounced,” Herbert says. “The participants in the CompTIA study cited lower productivity, lack of business agility, internal confusion over priorities and reduced margins due to operational inefficiencies as the top negative consequences of poor execution with managing and analyzing data.”
According to the study’s findings, the top five costs attributed to shortcomings in managing and using data were:

The big data challenges
Many organizations face one or two major obstacles to effectively working with big data, according to Herbert: staffing or culture.
“As companies move along the big data learning curve, many recognize the need for new skill sets, which will require investments in training and development to head-off worker shortages,” Herbert noted in the study. That is both good and bad news on the IT labor front.
The good news: an increase in IT hiring around big data and business intelligence. Gartner predicts 1.9 million new jobs will be created around big data by 2015.
The bad news: a shortage of skilled workers to fill these new roles. The McKinsey Global Institute predicts that big data will create a shortage of 1.7 million workers by 2018.
Finally, one of the major challenges for any organization as they embark on new data initiatives involves having a good understanding of their own data situation. While big data awareness is increasing, the number of organizations well-positioned to act on big data is not.
“Eight out of ten firms report having some degree of data silos in their organization, with the number of firms reporting a high degree of silos rising from 16 percent in 2012 to 29 percent in 2013,” Herbert says.
Despite that, Herbert says the survey also revealed that there is reason to be optimistic about big data as we head into 2014.
“Companies are being driven by a desire to understand big data, and they are taking a hard look at the data in their organization,” Herbert says. That is leading to a closer examination of cultural changes that need to be made to share and use data effectively.
IT execs say their organizations are making progress, and that management is better understanding how big data can aid the company.
“They’re feeling a lot more positive about it,” Herbert concludes.
http://www.fiercecio.com/story/it-execs-have-high-hopes-big-challenges-big-data-2014/2013-10-23