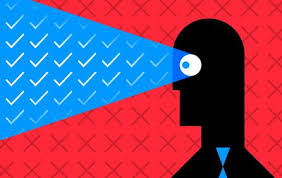 Ignorance is no excuse — unless the folks approving your budget are unaware of the cyber threats that could cripple the business.
These are the same threats that could be avoided and/or mitigated with help from the budget that you probably aren’t getting.
It’s not scare tactics, it’s reality.
Posted on theHRDirector.com.
Emphasis in red added by me.
Brian Wood, VP Marketing
———-

Leaders have no real understanding of cyber attack implications

The results of a Ponemon Institute report entitled, “Cyber Security Incident Response: Are we as prepared as we think?” Findings show that while security threats are imminent, CEOs and other members of the management team are in the dark about potential cyber-attacks against their companies.
The research also shows that, as a result, Computer Security Incident Response Teams (CSIRTs) often lack the resources necessary to fend off the continuous onslaught of advanced threats facing today’s organisations. Commissioned by Lancope, the Ponemon Institute research surveyed 674 IT and IT security professionals in the United Kingdom and United States who are involved in their organization’s CSIRT activities.
The study concludes with key recommendations for organisations looking to improve their incident response process. Key findings from the study include:
Security incidents are imminent – Sixty-eight percent of respondents say their organisation experienced a security breach or incident in the past 24 months. Forty-six percent say another incident is imminent and could happen within the next six months.
Management is largely unaware of cyber security threats – Eighty percent of respondents reported that they don’t frequently communicate with executive management about potential cyber-attacks against their organisation.
Organisations are not measuring the effectiveness of their incident response efforts – Fifty percent of respondents do not have meaningful operational metrics to measure the overall effectiveness of incident response.
Breaches remain unresolved for an entire month – While most organisations said they could identify a security incident within a matter of hours, it takes an entire month on average to work through the process of incident investigation, service restoration and verification.
CSIRTs lack adequate investments – Half of all respondents say that less than 10 percent of their security budgets are used for incident response activities, and most say their incident response budgets have not increased in the past 24 months.
Network audit trails are the most effective tool for incident response– Eighty percent of respondents say that analysis of audit trails from sources like NetFlow and packet captures is the most effective approach for detecting security incidents and breaches. This choice was more popular than intrusion detection systems and anti-virus software.
“The findings of our research suggest that companies are not always making the right investments in incident response,” said Dr. Larry Ponemon, chairman and founder of the Ponemon Institute. “As a result, they may not be as prepared as they should be to respond to security incidents. One recommendation is for organisations to elevate the importance of incident response and make it a critical component of their overall business strategy.”
“If 2013 is any indication, today’s enterprises are ill-equipped to identify and halt sophisticated attacks launched by nation-states, malicious outsiders and determined insiders,” said Mike Potts, president and CEO of Lancope. “Now is the time for C-level executives and IT decision-makers to come together and develop stronger, more comprehensive plans for incident response. This communication is critical if we want to reduce the astounding frequency of high-profile data breaches and damaging corporate losses we are seeing in the media on a near-daily basis.”
For media enquiries related to this incident response study, or to schedule a briefing with Lancope, please do get in touch. For a full copy of the study, “Cyber Security Incident Response: Are we as prepared as we think?” visit www.lancope.com/ponemon-incident-response/
http://www.thehrdirector.com/business-news/it/leaders-have-no-real-understanding-of-cyber-attack-implications/