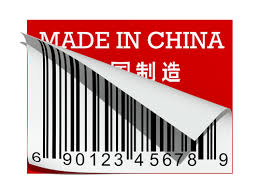 The detailed “outing” of China as the key culprit in pervasive cyber hacking of major U.S. companies made big headlines last week.
As Patrick Thibodeau of Computerworld writes in the article at the bottom of this post (and summarized by Caron Carlson of FierceCIO immediately below), this does not bode well for potential increases in outsourcing to China — particularly if projects are deemed sensitive (and who ever thinks that their project is not sensitive?).
Emphasis in communist red added by me.
Brian Wood, VP Marketing
————–

Would you outsource to China now?

Will a report of government-involved hacking change the risk calculation?
Security issues, as well as a language barrier, have kept China’s IT outsourcing industry from becoming a serious threat to India’s thriving counterpart. The Chinese government’s reported role in hacking companies in the United States may further thwart the nation’s outsourcing prospects, reports Patrick Thibodeau at Computerworld.
After the security firm Mandiant released a report last week with details on the Chinese government’s role in cyber espionage, U.S. businesses may rethink the risks associated with sending their IT and BPO work to China. However, some analysts and consultants say the security risks are already accounted for in the outsourcing calculation.
Deploying best practices for data protection and security are more important than the location of the outsourcing provider, according to James Slaby, director of the security practice at HfS Research. Companies using outsourcers in China are “only embracing nominally more risks” if they use best practices, he said.
While the actual risk calculation may not be much different in light of the Mandiant report, it may become more difficult to conduct business with Chinese firms if the United States establishes new policies or sanctions against the country, said Daniel Castro, an analyst at the Information Technology & Innovation Foundation.
The market for Chinese IT and BPO outsourcing services is only about 50 percent of the outsourcing revenue of India’s Tata Consultancy Services alone, according to Jimit Arora, a vice president at the consulting firm Everest Group.
http://www.fiercecio.com/story/would-you-outsource-china-now/2013-02-22
————

Is it now crazy to offshore IT to China?

Mandiant report citing Chinese government’s role in cyberattacks might give more pause to some U.S. companies
China has for years been developing an IT outsourcing industry aimed at bringing in business from the U.S. and Europe. It has succeeded, but then again it hasn’t thrived and now may face more barriers.
China’s IT and business process outsourcing (BPO) market today is in the range of $4 billion to $5 billion.
The total outsourcing revenue there is about half that generated by just one of India’s largest IT companies, Tata Consultancy Services, said Jimit Arora, a vice president at Everest Group, a consulting and research firm.
China’s IT service and BPO market is expected to grow annually by 20% to 25%, but that growth is off a small base, said Arora.
Ten years ago, there was wide expectation that China would emerge as India’s top threat in the IT services outsourcing business. Those expectations have been thwarted largely due to language issues and ongoing security concerns, say analysts.
China’s job building an IT and BPO outsourcing industry may have just gotten harder.
The blow-by-blow details of Chinese government espionage that arrived this week in a report by security firm Mandiant, lay bare, in ways never seen before, the extent of the security risks of working with China.
The Mandiant report draws a straight line to the Chinese military as a main instigator of cyberattacks on U.S. companies.
Meanwhile, the White House this week released a report with details on trade secret theft that makes numerous references to China, amplifying the extent of the problem.
Andy Sealock, a partner at consulting firm Pace Harmon, said the concerns about the security risks of outsourcing to China are already “priced into” and considered in the decision making process of U.S. companies. The latest revelations add more evidence to “what many people already assumed was happening,” he said.
A potential wild card is the U.S. response, if any, to the latest developments, analysts said.
“This onslaught of espionage targeting U.S. technologies is constant and unwavering,” said the White House in its report on mitigating the theft of U.S. trade secrets. Such attacks are increasing, concludes the White House.
Sealock said the U.S. may feel pressure “to make a public response to the threats and institute policies and sanctions that will make it more difficult to do business with China.”
Companies opposed to offshoring to China may now be less likely to change their minds. “This will just strengthen their resolve to stay away” from China, said Arora.
For those companies considering China for outsourcing work, the “task has just become a bit harder,” he said.
James Slaby, who directs the security practice at HFS Research, said companies aren’t necessarily more at risk in China.
The security risks may be marginally greater there if the telecommunications equipment has been compromised with backdoors. How attacks on the equipment are mounted, though, is geographically independent, said Slaby.
The bottom line is that companies offshoring to China are “only embracing nominally more risks” as long as they are pursuing best practices to protect corporate data, said Slaby.
Deploying basic security practices, “are more important than thinking about where you are physically located,” said Slaby.
Daniel Castro, an analyst at the Information Technology & Innovation Foundation, does not believe that “businesses will rethink their offshoring decisions because of the Mandiant report, but they should all be taking a close look at their risk exposure and mitigation measures for these types of threats.”
http://www.computerworld.com/s/article/9237035/Is_it_now_crazy_to_offshore_IT_to_China_