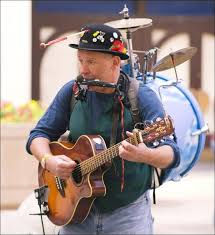 Quickie article on the convergence / overlap / synergy of CIO, CTO, and even CFO roles by Dawn Altnam in Business2Community.
Such “double duty” is common amongst start-ups and the small / medium enterprise space — and a key reason why sourcing IT services from a data center provider is a smart move.
Remember: the ultimately goal is to create great organizational “music”; there’s no requirement to be a maestro at (or even play) every IT “instrument” in-house.
Emphasis in red added by me.
Brian Wood, VP Marketing
————

Are There Benefits to Being a Hybrid CIO?

The job of a good CIO is to oversee and develop the IT strategy for a particular business or organization. While that may have been the extent of the job description in the past, many CIOs today are pulling double or even triple duty in a variety of different positions. It’s not uncommon to see a CIO who also acts as a CTO, COO or even a CFO. This is a phenomenon that’s occurring naturally for a wide variety of different interesting and significant reasons. A CIO who performs the work of multiple positions is also commonly referred to as a CIO+.
Why It’s Happening
CIOs are commonly taking on more and more duties for a couple of different reasons. To start, it can be difficult to find a single person capable of understanding technology and its relationship with the survival of small and mid-sized businesses. It becomes increasingly difficult when trying to find multiple people who match the criteria well enough to fill several different positions. Because of this, a single person overseeing multiple positions is commonly better suited to steer the company in the direction it needs to flourish and succeed.
The Benefits
One of the main benefits associated with a CIO pulling double duty is the fact that the position naturally lends itself to being in a prime situation to see where new technology will benefit the company the most. A CIO who also serves as a CFO, for example, would be better positioned to immediately see the benefits offered by adopting a flash storage array at a particular company. As a flash storage array is a quicker and more efficient way to store and transfer large amounts of information at a particular company, a CIO+ would be able to instantly identify benefits that such a hardware implementation would yield to both the technology and the operations department within a single business.
Another added benefit is communication. When the technology and operations department are acting under a unified leadership, developments in one department can quickly affect and benefit another thanks to a much smaller chain of command. Instead of needing the approval of a few separate people to implement a change at a company level, departments would only need the approval of a single person. Additionally, technology solutions can be applied to operational issues quickly and easily without the need for a lot of communication between the two departments thanks to a singular leadership.
The Results
The results of having a CIO who is also a CTO, COO or even CFO are largely positive. Because one person is overseeing multiple departments, certain redundancies and drains on a company’s resources become clear much faster than they would under separate leadership. Solutions can be not only developed faster, but implemented faster as well. All of this will help lead to a more unified and productive environment.
While CIOs performing the work of multiple positions has its benefits, it’s important to note that it may not be a strategy that all companies can implement. Larger companies with several hundred or even thousands of employees, for example, may be too much for a single person to handle. Those companies would need to hire individual people for the CIO, CTO, COO and similar positions for the best possible results.