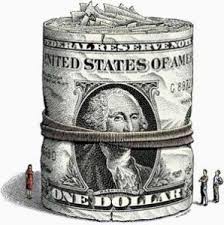 Big responsibility, big money. Typically you don’t get one without the other.
If you aspire to be at the top of your game, the article below outlines the current payscale for US CIO success.
By Ann Bednarz in NetworkWorld. Related slideshow is also available here — and a similar CIO article from last year is here.
Emphasis in red added by me.
Brian Wood, VP Marketing
——-

CIOs rake in the big bucks

CIOs at big-name companies are getting big-time bonuses, perks, and stock awards