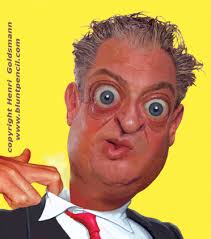 This little tidbit was the most shocking one that I gleaned from the summary:
“One-third of CIOs said they expect to change jobs within the next year, and two-thirds say within two years.”
Wow. That is A LOT of turnover for such an important role in the C-suite.
Post by David Weldon in FierceCIO.
Emphasis in red added by me.
Brian Wood, VP Marketing
—–

The verdict is in, and organizations today are finally giving IT and CIOs the respect they are due. It’s only fair, since IT leaders truly are “learning the business” and what they don’t already know, they are trying to discover.
At least that is the way you see it, according to a new study of IT and business relationships, CIO skill needs and IT management job satisfaction.
The study, entitled “Hello, I Must Be Going: Hard Facts on Soft Skills,” was conducted by Wisegate this spring, with the summary research report written by Nikk Gilbert, Paul Harjung and Elden Nelson.
I had the opportunity to speak with Wisegate CEO Sara Gates this week about what the report has to say, and what led to it. Gilbert was very excited by the numerous “positive messages” that arose from the data, especially the revelation that IT leaders really to “get it” when it comes to taking the technology reins and helping their organizations succeed.
The Wisegate report is a very ambitious first-effort at trying to capture IT leadership job satisfaction. It covers a wide range of topics, including how the business-side views IT; what the CIO work environment looks like; whether IT is ready for the business; and what CIOs need to do to best advance their own careers.
In a former life, I was the careers editor at Computerworld, and in charge of the annual Job Satisfaction Survey. That was always one of the most interesting reports to work on, but I was especially interested in what the Wisegate study had to say about job satisfaction at the very top levels of IT. The news was good.
“Many IT professionals are noticing a profound change in the way they are being regarded by the businesses at which they work,” notes the research report introduction. “Instead of being treated as a nuisance or necessary evil, IT is increasingly integrated into and respected by the business.”
This is great news, especially as CIOs are constantly told they need to lead the digital transition of their organizations, and do so with tight budgets and tighter labor markets. Being CIO is no easy task, but is perhaps more rewarding and exciting now than at any other time, says Gates of the research findings.
Some of the research highlights:

So, with newfound respect and a healthy environment to work in, is IT ready for the business? The Wisegate findings were especially interesting on this point. “IT professionals are at least aware of the importance of integrating with and becoming part of the business, although IT professionals still have considerable work to do before they achieve this goal,” the study says.
Where do IT leaders think they need to improve the most? None of the top responses had anything to do with technology. Instead, the top five skills and attributes that IT leaders think would be most worthwhile for them to focus on were:

“When asked, ‘if you had to choose, which would you say is more important, business knowledge or technical know-how for you to move forward in your career?’ a remarkable 87 percent of survey respondents chose ‘business knowledge,'” the report says.
Finally, Gates noted that despite the newfound fame and respect in the IT leadership ranks, there is a significant percentage of IT leaders ready to move on. One-third of CIOs said they expect to change jobs within the next year, and two-thirds say within two years.
But as Gates noted, this willingness to move on doesn’t automatically mean job dissatisfaction. Instead, CIOs are a savvy and insightful lot. They understand the value they bring to the organization. They recognize the challenges ahead for their companies and the role they play in helping meet those challenges.
And CIOs recognize that when you’re already at the top of your game, the best way to move up may be to move out. – David (@davidweldon11)
http://www.fiercecio.com/story/cio-satisfaction-survey-says-finally-some-respect/2014-06-19/