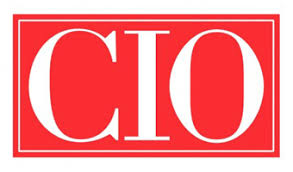 New month of a new year — and so we review a few new CIO strategies.
The post from Caron Carlson in FierceCIO covers an article by John Brandon in CIO.
Self-serving highlight: “Embrace the cloud for disaster recovery”.
Emphasis in red added by me.
Brian Wood, VP Marketing
————

Many large companies grapple with making sure IT does not become too enamored by technology and, as a result, deploy new services simply because they are cutting edge. Carol Zierhoffer, vice president and global CIO for Xerox, told CIO.com she is leading a charge to reduce the Xerox product offerings by 50 percent (from 1,300 to fewer than 600).
Zierhoffer says her main goal in 2013 is to make decisions like a business: Knowing how much is being spent on projects, including who and what is driving those expenditures.

Pershing, a financial services consultancy based in Jersey City, N.J., is going to embrace the cloud as part of a corporate strategy to deal with disaster recovery.
After Hurricane Sandy, the co-CIO team of Ram Nagappan and Lucille Mayer decided to investigate the cloud more thoroughly. They found the security and costs were in line with their disaster recovery plans. Pershing also plans to make mobile apps and platforms a bigger priority, with the realization that 2013 will be the year when companies make mobile a top priority, especially for employees on touchscreen laptops.

As an IT consultancy with 17,000 employees, Avanade has seen a stark transition away from the corporate “workstation” at a desk to a personal device an employee can use anywhere. As the CIO, Chris Miller has not steered clear of this consumerization of IT; in fact, has even encouraged the use of personal devices. (Each employee can spend up to $2,000 per year on new technology.) This year, he plans to update policies so employees understand they can use any device to access data. Part of that plan, of course, is to make sure the data is also protected.

Many companies have embraced social networking, but not always with a concerted effort. Raghu Bala, the CTO and CIO of magazine publisher Source Interlink, says his company will make a stronger move into social media. This will mean first finding out how consumers are finding and reading media and then deploying a strategy to match those needs. Bala says one strategy is to use more augmented reality, near-field communication and QR codes such as those from Fanggle.com.

This CIO strategy is unique—cutting operational costs to pay for new data analytics techniques—but the pay-off will be monumental. Freescale CIO Tarek ElHadidi plans to do more data analytics to predict costs and market behaviors.
The plan is to change the parameters for a batch of semiconductor chips based on market conditions, including internal and external factors. For example, they will examine the cost outcome of a previous batch or take into account an analysis of cost changes due to a natural disaster in a remote region. Using this approach, ElHadidi plans to predict which chips to make—and how many of them as well.

TransPerfect Translations: Use Windows 8 on ‘Phablets,’ Not Desktops

This translation company—which has 2,300 employees and 6,700 contractors in 75 global offices—plans to skip Windows 8 for desktops. But there’s one caveat. George Buelna, the corporate director of IT, says TransPerfect plans to use phablets (phone-tablets) such as the upcoming 5.5-inch Nokia Lumia OneNote to add a “wow” factor to sales demonstrations.
This kills two birds with one stone: The company can embrace touch technology but also use phablets as a laptop replacement strategy in the field.
http://www.cio.com/article/727812/6_CIOs_Share_Their_Strategic_Visions_for_2013