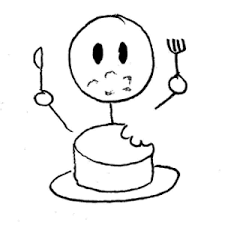 In case you hadn’t already heard the news…
Article by David Hamilton in The WHIR.
Emphasis in red added by me.
Brian Wood, VP Marketing
————

Comcast has agreed to buy competitor Time Warner Cable in a deal that would give the combined company vast control over the nation’s cable lines used for TV and – perhaps more importantly – broadband internet access.

Commentators have been skeptical that the Federal Communications Commission and other regulators would allow the deal to go through despite the the pair’s enormous economic and political power. In an attempt to appease regulators, Comcast has given up about 3 million subscribers so that the combined TV market share remains under 30 percent, but it will still have a significant presence in all major media markets in the US.

Concerns have run the gamut ranging from fears that without viable competition Comcast will have little incentive to provide low-cost and higher speed services to customers, to vertical integration issues where content created by Comcast subsidiary NBCUniversal could get priority over other content producers.

Given the most recent blow to net neutrality (basically the concept that all no traffic should be consciously slowed down or blocked by the network operator), Comcast could use its monopolistic advantage to crowd out specific data – crippling applications such as online video, VoIP and other services from competitors. (Although, Comcast has committed to some net neutrality terms until at least the end of January 2018.)

Cable remains a very important conduit through which many citizens and businesses get internet access. And if this deal goes through, many will have no other option but to use Comcast cable internet.

This has huge implications for web hosts and cloud service providers. For one, Comcast offers a range of hosting and cloud services. If these services were prioritized over companies that don’t own the cables, then there would be a huge disincentive for any company to compete with Comcast. Basically anything that moves across the network has the potential to be put at a lower priority, instantly unleveling the playing field.

Another impact would actually be a digital divide in areas with no competition (places without services from AT&T, Google Fiber and others). Those who can’t afford the service offered will be left offline. This will affect tech company profits because they won’t be able to deliver services via cable to them, but the divide between those with broadband access and those who don’t is ultimately going to hurt the US in its efforts to lead the digital economy.