Costs Down. Flexibility Up. Reliability…? 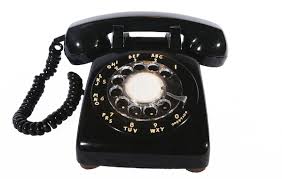 The uber-available, “dial-tone guaranteed” landline phone network will soon be a relic of the past. It’s MUCH less expensive to run a VoIP network.
And so too will we say goodbye to the implicit (high) service availability guarantees long associated with ILEC services.
Thus begins a new era when customers start thinking about availability and quality of service rather than just assuming it to be the case.
This is good news for those of us who have invested in our networks, our monitoring systems, our training, and our service agreements.
By Grant Gross, IDG News Service in Network World.
Emphasis in red added by me.
Brian Wood, VP Marketing
——-

The U.S. Federal Communications Commission has voted to allow telecom carriers to run trials with Internet Protocol networks replacing traditional, copper-based telephone systems.
The FCC’s unanimous vote Thursday will allow carriers to experiment with providing voice service using IP, delivered over coaxial cable, fiber or wireless networks, with the eventual goal of retiring copper-based facilities. The FCC’s action comes in response to an AT&T request from late 2012 to begin testing a transition to IP networks.
The tests will be focused on the impact of the transition on telephone customers, on emergency services and other issues, said FCC Chairman Tom Wheeler. The trials will look for potential problems such as service interruptions on electricity-dependent IP networks, the FCC said.
The test won’t be a technology trial, Wheeler said. “We know how to build IP networks.”
Carriers have asked the FCC to approve the retirement of the copper-based networks, because customers are leaving traditional telephone systems in droves, in favor of voice over IP and mobile services. Carriers have argued that it’s expensive to maintain the old copper networks and invest in high-speed broadband networks.
“We cannot continue to require service providers to invest in both old networks and new networks forever,” said Commissioner Ajit Pai. “Every dollar that is spent maintaining the networks of yesterday is a dollar that cannot be invested in the networks of tomorrow.”
Still, commissioners said they want to make sure consumers are protected and competition maintained as the telecom industry moves to eliminate copper networks. The transition brings a “risk of unintended consequences,” said Commissioner Mignon Clyburn.
As part of the IP trials, the commission also approved targeted experiments and research focused on bringing faster broadband to rural areas, on using IP technologies to help people with disabilities and on the effect of the transition on telephone numbering assignments.
AT&T praised the FCC for moving forward with the IP transition tests. The decision is “important and profound,” Jim Cicconi, the company’s senior vice president for external and legislative affairs, wrote in a blog post. “All Americans should applaud the FCC’s action, because all Americans, and generations yet unborn, will benefit from it.”
The transition will help broadband providers build out their networks to all U.S. residents, Cicconi wrote.
Also on Thursday, the commissioners heard an update on a timeline for auctions of spectrum now held by U.S. television stations. The FCC plans to vote on a report and order setting up the so-called incentive auctions early this year, with the auctions still targeted for mid-2015.
The incentive auctions would allow TV stations to give up spectrum in exchange for part of the proceeds the spectrum sells for in the auction. Mobile broadband providers see the TV band as some of the best spectrum for delivering long-range, high-speed mobile service.
http://www.networkworld.com/news/2014/013014-fcc-moves-toward-ip-transition-278284.html