Up Your Disaster Recovery SLA with Cloud 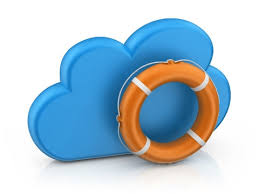 Need higher assurance that you’ll be able to recover quickly (and completely) after a catastrophic impact to your primary IT  infrastructure?
Consider the cloud (such as AIS BusinessCloud1).
Article by Nicole Henderson in The WHIR.
Emphasis in red added by me.
Brian Wood, VP Marketing
——-

Ninety-four percent (94%) of enterprises that do disaster recovery to the public cloud agree that their SLAs have improved in doing so, a new study commissioned by Microsoft and conducted by Forrester finds. SLA attainment is just one of the benefits reported when turning to the cloud for backup and DR.
The study, “Cloud Backup and Disaster Recovery Meets Next Generation Database Demands,” investigates current backup and DR strategies and the use of public and private cloud in backup and DR. Microsoft commissioned this study shortly after releasing SQL Server 2014, designed to give enterprises the ability to backup to Microsoft Azure directly from SQL Server Management Studio and cloud disaster recovery.
In conducting the study, Forrester surveyed 209 database backup and operations professionals in North America, Europe and Asia, and found that enterprises are increasingly turning to the public cloud for backup and DR to save money, ease management, and improve reliability and availability.
Forty-four percent of enterprises claim they want – or are planning – to extend DR to the public cloud. Enterprises also seem to be planning a hybrid DR platform strategy comprising on-premises and private cloud.
While most organizations perform backups of tier-1 and tier-2 applications at least once a day, these requirements are changing as newer next-generation mobile, cloud, and web applications demand 24/7 availability. Fifty-six percent of respondents claim to back up tier-2 applications at least once a day. Forrester has seen this adoption growth double over the past three years.
Being able to perform more frequent backups to the public cloud was cited as a top benefit by 51 percent of respondents. The top benefit of backups to the public cloud cited by 61 percent of respondents was saving money on storage.
Storage management issues are the top backup and recovery challenge cited by 41 percent of respondents, followed by 40 percent of respondents reporting securing backups as a top challenge. Complexity is another data backup challenge for enterprises, 29 percent of respondents surveyed reported too many database to backup as one of the top issues.
The study recommends organizations start thinking strategically about cloud backup and DR for databases to improve SLAs, and consider automating the backup and DR process to scale.
For databases containing sensitive information, organizations should use backup and DR encryption.
Finally, the study doesn’t necessarily suggest putting all backups in the public cloud or on-premises but recommends businesses find a balance that works for their company. On-premises backups may be used for very large databases or those that require very frequent backups. Moderate sized tier-2, tier-2 and tier-3 are good candidates for the public cloud, Forrester says.
http://www.thewhir.com/web-hosting-news/enterprises-turn-public-cloud-disaster-recovery-improve-slas-forrester