Effort vs. Results: How CIOs Can (and Should) Be Thinking 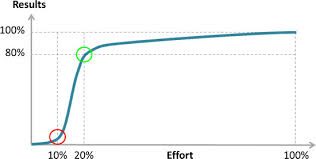 Part of the value proposition of any data center and cloud service provider such as AIS comes from the “make vs. buy” discussion:
Why build something yourself when you can get it more efficiently from someone else?
The objective is the delivered outcome (results), not the process of how it’s made to happen (effort).
Similarly, the post below discusses the concept of CIOs becoming more outcome-based than efforts-based — essentially abstracting and subsuming the “how” (input) in favor of the “here it is” (output).
Summary post by Emily Poe in FierceCIO, original article by James Rubin in Forbes.
Emphasis in red added by me.
Brian Wood, VP Marketing
——–

How the CIO can climb the business ladder

While CIOs can show off their IT skills on daily basis, they don’t always get the chance, or time, to showcase their business or strategic acumen.
“CIOs have little direct say on strategy,” writes Forbes contributor James Rubin. “They lack the broader experience needed for COO and CEO jobs, but are not able to gather this experience because they are not asked to do more.”
Rubin writes about the second part of a Forbes interview with Phaneesh Murthy, CEO of iGATE, who talked to the publication about his company’s approach to outsourcing, the role of the CIO in business and how these two things can benefit each other.
He recommends an “outcome-based” type of outsourcing, which can give the CIO an opportunity to show off financial knowledge by helping his or her business “pay for results, not by the hour.” This type of outsourcing helps busy CIOs and their companies keep costs under control.
“In any efforts-based model, I know how much I’m paying per person but I have no idea how much I am paying for the outcome,” Murthy noted. “In our model, you don’t know how much we pay per person, but we know exactly how much you’re paying for an outcome.”
Murthy says now is the time for CIOs to bridge the gap between IT and business–not only for their companies or organizations, but also to help their careers. Because data is becoming more integrated into business–think business analytics–CIOs can capitalize on their data savvy and IT skills to help the companies beyond the network.
“I believe it is a glorious opportunity for CIOs who can bridge that gap between business and IT–to start using all these Big Data trends… to figure out and make sure the companies become more responsive in the market place,” Murthy said.
www.fiercecio.com/story/how-cio-can-climb-business-ladder/2013-04-15
——-

An Opportunity For The CIO

Not to dismiss their importance, but CIOs usually play limited roles. They quarterback their companies’ use of technology and flow of information.
While this affects many of their firm’s big decisions, CIOs have little direct say on strategy. This often keeps them pigeonholed. They lack the broader experience needed for COO and CEO jobs, but are not able to gather this experience because they are not asked to do more.
In part II of his recent interview with Forbes publisher Rich Karlgaard, Phaneesh Murthy says that an outcome-based style of outsourcing may offer a steppingstone to advancement. By opting for an outcome-based relationship that caps fees, the CIO can finally demonstrate financial acumen. “It’s unfortunate that the path to the CEO is very rarely through the CIO and I am hoping that all that will change because…as technology becomes in many cases drivers of business,” says Murthy, the iGate CEO and President. “I’m hoping all that will force a much larger percentage of CIOs to become business leaders and CEOs.”
Earlier in the Forbes interview (part I), iGate’s CEO spoke of firms’ desire to predict and control outsourcing costs. In the current, unpredictable economic environment, these capabilities have become even more important. They may offer not only, potential savings over time-and-materials approaches, but also the confidence to push forward with other initiatives. A recent study by Forbes Insights explores this issue further.
Fremont, Calif.-based iGate uses an outcome-based model, so it is no surprise which approach Murthy favors. He says that one of the main barriers to the outcome-based approach “threatens” the positions of mid-level IT managers. Their companies may no longer need them to monitor a vendor’s hours. Is there any doubting then why these mid-level executives would be slow to embrace systems that might make their jobs unnecessary?
Companies that use an outcome-based approach pay for results, not by the hour. They do not have to worry about how many people the vendor needs to complete a project. Predicting staffing needs is part of the vendor’s risk. “In any efforts-based model, I know how much I’m paying per person but I have no idea how much I am paying for the outcome,” Murthy says. “In our model, you don’t know how much we pay per person, but we know exactly how much you’re paying for an outcome.”
He says that this model is appealing for CIOs who are often asked to execute initiatives of increasing complexity while keeping costs in check. “We tend to create business cases for the CIO,” Murthy says.
Muthy says that the promotion of more CIOs to senior positions would reflect the larger role that data plays in business. “One of the things which I’m finding is that business leaders and marketing…and finance people are being put in charge of this data,” he says. “It’s no longer being called data. It’s being called business analytics in many companies. Business analytics tends to be data favoring the business. I believe it is a glorious opportunity for CIOs who can bridge that gap between business and IT — to start using all these Big Data trends…to figure out and make sure the companies become more responsive in the market place, to really earn the respect of everyone around the CXO table.”
He says that a company’s ability to take advantage of major trends, what Murthy terms “large technology disruptors,” will determine partly or largely its “ability to generate profits and more business.”
www.forbes.com/sites/forbesinsights/2013/04/12/an-opportunity-for-the-cio/