EMEA IT Infrastructure Spending Up 4.1% 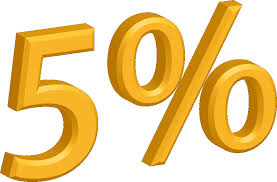 Did you know that in 2012, EMEA (Europe, Middle East, and Africa) plus Latin America accounted for only 5% of all cloud traffic on the Internet? That’s according to the United Nations Conference on Trade and Development.
Despite EMEA accounting for 21%of the IaaS and PaaS cloud market (per Synergy Research Group), 5% is pretty dang tiny.
Come on, friends and colleagues in EMEA: start using and spending! The water’s warm, you’ll love it!
By David Hamilton in The WHIR.
Emphasis in red added by me.
Brian Wood, VP Marketing
——

IT Infrastructure Spending in EMEA to Reach $3.5 Billion in 2014: Gartner

The Middle East and Africa region is expected to spend $3.47 billion on IT infrastructure spending, comprising storage, server, and enterprise networking equipment in 2014, according to research firm Gartner. This is 4.1 percent increase from 2013.

According to Gartner, EMEA infrastructure spending in 2014 will be driven by data center modernization efforts and new data centers projects undertaken by both local and international companies.

Many see the potential in EMEA. Companies including Rackspace, GoDaddy, and IBM have recently stated that EMEA is a key area of their global strategies. And an August 2013 study from Synergy Research Group estimates EMEA accounts for 21 percent of the IaaS and PaaS cloud market.

According to Gartner, infrastructure spending helps support private cloud, security and mobility in the Persian Gulf, as well as mid-market interest in virtualization and public cloud. Desktop virtualization, managing storage growth, and integrated systems are also key priorities for many organizations in the region.

“CIOs in the Gulf are beginning to prepare their enterprises to stay relevant in the digital business era, and they will continue to invest in technologies such as mobility, cloud, social and analytics,” Gartner research VP Mary Mesaglio said in a statement. “In 2014, we expect a lot of digital business and innovation to be driven by the convergence of these forces in the Gulf.”

Still, EMEA remains behind other regions. In 2012 EMEA, even when combined with Latin America, only accounted for 5 percent of all cloud traffic on the Internet, according to a report from the United Nations Conference on Trade and Development, meaning that these regions have a lot of catching up to do.

Cloud adoption, according to UNCTAD, is currently low among low and middle-income countries. This report suggests these governments must address the relevant legal and regulatory issues related to cloud adoption. They should also lead by example by using cloud services themselves, encourage the training of cloud workers, and consider cloud supply options such as national data centers.

Gartner will be presenting more of its EMEA research at Gartner Symposium/ITxpo 2014 in Dubai, starting on Apr. 1.