Even the Feds Are Doing It 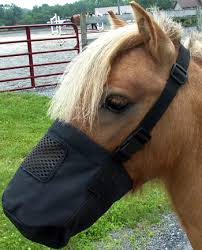 Cloud computing is all the rage — and if more and more of Uncle Sam’s agencies are strapping on the feed bag, then market acceptance is definitely beyond the early adopter stage.
By David Hamilton in The WHIR.
Emphasis in red added by me.
Brian Wood, VP Marketing
——–

Despite perceived security concerns standing in the way of cloud adoption, US federal agencies are rapidly expanding their adoption of cloud infrastructure, according to a new survey from security and compliance solution provider Tripwire.
Compared to last year, four times more respondents are outsourcing at least a third of their IT infrastructure to cloud vendors, according to the survey. Half of those polled are moving moderate-impact data to the cloud, up from 31 percent in 2012.
The survey was conducted by Dimensional Research between September 26 and October 4, 2013, and gauged the opinions of 100 federal IT professionals from military, intelligence and civilian agencies. The results of the survey were compared to the 2012 Federal Information Security Trends Study from nCircle, which Tripwire acquired in April 2013.
“A few years ago, the federal government made bold claims with its ‘cloud first policy,’” Tripwire CTO Dwayne Melancon said in a statement. “The data indicates that this move is working – not only do stakeholders perceive improved security from this initiative, they are showing confidence by moving more important data and workloads into the cloud.”
A small majority of survey respondents (58 percent) said federal initiatives designed to encourage cloud adoption have improved security.
The Federal Risk and Authorization Management Program (or FedRAMP) was partially set up to create a marketplace for cloud services that could meet the strict security controls required by US government agencies.
Only 28 percent responded that FedRAMP’s baseline security controls accelerated their agency’s migration to the cloud, compared with 11 percent in 2012.
Melancon said the adoption of FedRAMP’s baseline security controls has been “slow but steady,” but will eventually lead to greater adoption and mitigate the risk of major security events shaking trust in cloud computing.
Major cloud players including IBM, Microsoft, and Amazon have had their cloud offerings approved by FedRAMP, hoping to take advantage of this growing, multi-billion dollar market.
A recent report from Deltek predicted that the federal cloud computing market is projected to grow at a compound annual growth rate of 32 percent over the next three years. The same company anticipates spending on cybersecurity from federal contracts to increase from $9 billion to $11.4 billion by 2018. That’s an increase of nearly 27 percent over the next five years.
http://www.thewhir.com/web-hosting-news/us-federal-agencies-adopting-cloud-computing-2013-security-concerns-linger-survey