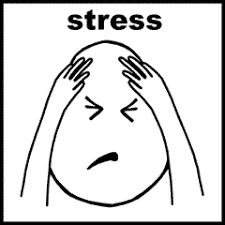 One’s trash is another’s treasure.
That’s my take on the Gartner research below.
Change brings opportunity — in spite of it pushing us well outside our comfort zone.
Summary article by David Weldon in FierceCIO, original by Toby Wolpe in ZDNet.
Emphasis in red added by me.
Brian Wood, VP Marketing
——-

The increasing number of digital initiatives that confront them has many CIOs feeling inadequate regarding their skills, and often confused about all that is expected of them.
That is the word from recent research by Gartner, which surveyed 2,339 CIOs last quarter on their preparedness for IT projects. The IT leaders surveyed come from 77 countries, and control more than $300 billion in IT budgets.
“What’s happening now is CIOs have to continue to provide that really professional, solid core infrastructure but they also have to deal with their company’s need to succeed in an increasingly digital world,” Gartner fellow and vice president Dave Aron was quoted by ZDNet as saying.
“In the past year or two, this need to be more digital–and even exactly what digital and digitalization mean–it’s catching a lot of CIOs on the hop, partly because they don’t know what it is and partly because they are just so busy doing everything else,” Aron noted.
According to the Gartner research, just over half of IT leaders say the demands placed on them by the organization exceed their capacity to deliver. Especially disturbing was the finding that 40 percent said they feel they are not cut out to face the future that IT has in store.
While all of the hype around a multitude of technologies gets the public and the tech media excited, the same is not always true for CIOs, who must manage the whirlwind of change.
To be truly successful in this environment, Gartner identified five skillsets that CIOs should have: