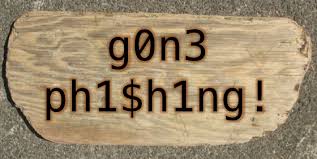 Average everyday users are the weakest link in the cybersecurity chain.
But, there is good news too:
Awareness training and frequent reminders of common-sense considerations to avoid compromise are highly effective.
Summary article by Paul Mah in FierceCIO and original article by Robert Lemos in eWeek.
Emphasis in red added by me.
Brian Wood, VP Marketing
——–

According to a recent study by security training firm ThreatSim, an average of 18 percent of messages in a phishing campaign succeed in tricking recipients into clicking on a malicious link. One extremely successful campaign, according to ThreatSim, induced a staggering 72 percent of users to click on a link.
The fact that the phishing attacks have met such a high success rate is hardly a surprising one. Indeed, an unrelated penetration test campaign managed to fool even security experts at a government agency after some preparatory work to create a fake social media profile. If even highly trained personnel working on the forefront of security can fall prey, how much more will normal users be tricked?
It’s obvious companies should sign up for security training, though ThreatSim says it is not a full solution for protection from phishing. As reported by eWeek, “Companies that trained their employees at least monthly cut their click-through rate to 2 percent, far lower than the 19 percent for companies that trained quarterly.”

While some security professionals have advocated training users to defeat social engineering, others have spoken strongly against it. At least one CTO of a security outfit has dismissed the idea of regular security training for employees, saying that organizations would be better served by installing proper technical measures. What is your opinion on this matter? Do you consider it a better idea to spend your limited security budget on training or on more specialized defenses? You can download the report directly from ThreatSim here (free registration required).
http://www.fiercecio.com/techwatch/story/1-5-employees-succumb-phishing-emails-says-new-study/2013-11-08
———-

Phishing Messages Trick One in Five Employees Into Clicking: Survey

In a study of employee susceptibility to phishing attacks, security-awareness training firm ThreatSim finds that an average of 18 percent open phishing messages and click on the malicious link inside.
Phishing attacks are nothing new, but they are increasingly used by attackers as a way to exploit a vulnerability common to all businesses: their employees. In a study released Nov. 4, security-training firm ThreatSim found that an average of 18 percent of messages in a phishing campaign successfully induced recipients to click on a malicious link. One extremely successful campaign induced 72 percent of users to click on the link, according to the report, which was based on the company’s anonymized customer data.
Training does help but is not a panacea, according to ThreatSim. Companies that trained their employees at least monthly cut their click-through rate to 2 percent, far lower than the 19 percent for companies that trained quarterly, according to the report.
“Phishing education should be part of an overall program,” Jeff LoSapio, CEO of ThreatSim, said in an email interview. “The goal of security awareness training is to make ‘security-minded’ users and change user behaviors that expose the organization to risk. Phishing is currently one of the top areas in which users can have a direct, near-daily impact on the organization’s security.”Phishing has become a key component of many types of targeted attacks. Online thieves use phishing to get access to the computers used for accounting, while more advanced attackers use more targeted phishing, known as spearphishing, to infect a recipient’s computer and use that system as a beachhead into the network.
The actual message content, known as the lure in phishing circles, makes all the difference for a convincing phishing attack. Messages that attempt to convince the user that they won something—”Microsoft lottery winner”—are less effective than those that use the specter of loss—”Thanks for your $500 purchase at Amazon.” In addition, targeted attacks, such as a fake employee discount using the worker’s company name, are more effective than more general lures.
More than 80 percent of recipients who opened a phishing email clicked on the link. In addition, most users who click on a phishing link also have a computer with vulnerable versions of popular software.
Overall, 71 percent of users were vulnerable to exploitation through a common piece of software, such as Adobe Acrobat, Oracle’s Java, Adobe Flash or Microsoft Silverlight, according to ThreatSim’s data. Most companies (57 percent) rated the impact of a phishing attack as “minimal,” but investigating and cleaning victims’ PCs do consume resources, ThreatSim stated in the report.
“In talking to security managers within our customer base, we often hear just how disruptive even a minimal impact phishing attack can be due to how frequent they occur, the level of IT staff time spent in responding [to do] endpoint forensics, and employee downtime [as they wait for] account reset(s) and system restoration,” the report stated.
http://www.eweek.com/security/phishing-messages-trick-one-in-five-employees-into-clicking-survey.html