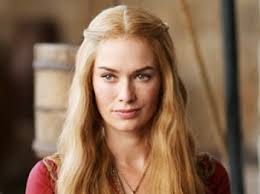 What do you do when you have two business important functions that are each being transformed by the extremely rapid pace of technology advancement?
Why, you mash them into one group and crown their leader as king or queen of both! Right?
What would Cersei Lannister Baratheon do?
Summary article by Emily Poe in FierceCIO. original piece by Rajeev Batra in VentureBeat.
Emphasis in red added by me.
Brian Wood, VP Marketing
—–

Say hello to the CMTO

The alphabet soup game of the C-suite never seems to end. We’ve got CIOs, CTOs, CEOs, CISOs, CMOs… and now CMTOs.
Not only do some experts expect the CMTO–or chief marketing technology officer–to have the next new role in the C-suite, they also expect it to attract more women.
“While female CTOs are still a rarity, women CMOs are not. On one analyst’s recent list of top-10 CMOs in Silicon Valley, six were women. While I have become accustomed to seeing the revolution in marketing and the role women have been playing, I was struck by just how many marketing executives are women,” Rajeev Batra, of the Mayfield Fund, writes in a VentureBeat guest post.
Batra cautions that while marketing doesn’t always receive the attention it deserves–because it has “traditionally been seen as a “cost center” instead of a “revenue generator”–when mixed with new, next gen technology, it is making great strides in the tech world.
Thanks to content marketing, social and the Internet, marketing has turned into more of a hybrid, creative discipline incorporating both art and science, or technology. And because this new role brings a mix between the “art and the science” of marketing, Batra notes that it may have a strong appeal for women (or anyone who is drawn to that type of hybrid role).
“In one of the greatest transformations promised by technology that is upon us, this new focus on next-generation marketing could be this “wedge” women need to vault into prominence and the C-suite, not just at technology companies but beyond,” Batra writes.
In addition to driving marketing, the position will help set business strategy, influence IT purchases and work with almost every other department (such as design, sales, HR, engineering) to help make decisions, Batra believes.
It should be interesting to see how many companies jump on the CMTO bandwagon in the next year or two–and even more interesting to see what kind of impact this position has on other tech roles in the C-suite.
http://www.fiercecio.com/story/say-hello-cmto/2014-05-29
——

Tech’s next most powerful role will be dominated by women

No, this is not another pessimistic rant about the lack of women in the tech industry, especially in leadership roles.
I am an optimist, and, as a partner to several marketing technology and SaaS companies, I would like to draw attention to an observation staring us all in the face. There are thousands of women in marketing roles at both technology and non-technology companies.
The most interesting element is that this role has become a technology-driven one with a crucial objective of driving revenue and customer intimacy. Many of these women are poised to excel in a new role that will be a major stakeholder in the C-suite of every company — the chief marketing technology officer, or CMTO.
While female CTOs are still a rarity, women CMOs are not. On one analyst’s recent list of top-10 CMOs in Silicon Valley, six were women. While I have become accustomed to seeing the revolution in marketing and the role women have been playing, I was struck by just how many marketing executives are women. While attending the Marketo customer summit last month, Hillary Clinton spoke about the importance of women attaining leadership roles in technology to an audience of 6,000, of which about 70% were women.
Women have long held key roles in marketing at tech companies, but executives in other departments such as engineering, sales, and business development have often received more recognition. That’s because marketing has traditionally been seen as a “cost center” instead of a “revenue generator.” CEOs worry that they are wasting money on marketing because they have had little idea if it was working to move the needle in terms of revenue. The infamous John Wanamaker quote “Half my advertising is wasted, I just don’t know which half” still keeps many CEOs up at night. As a result, marketing was largely kept out of the C-suite at tech companies because it wasn’t viewed as mission critical. However, there is a big change afoot that is putting the spotlight on marketing’s true value.
As is often the case in the tech industry, technology itself is at the root of the change. A range of software has debuted over the last five years that helps quantify marketing’s impact on the top and bottom line. In the race for customer acquisition and retention, marketing automation, content, and analytics and optimization platforms are becoming critical for businesses. Technology from companies such as Marketo, Hubspot, Optimizely, Captora, and many others is transforming marketing into a systematic, repeatable, and measureable process. Content marketing platforms that help companies ideate, create, source, publish, and analyze the impact of marketing content across web, social, and mobile channels are also elevating the “art of the story” to a mission-critical business practice. Marketing is becoming a hybrid tech-creative discipline that combines art and science. This revolution in marketing holds the promise to humanize the world by enabling brands to connect in a highly personalized and relevant manner with their audiences. In this proclamation of the “Holy Grail” of Marketing, even the pundits have joined the fray: “By 2017, CMOs will spend more on IT than CIOs,” says Gartner Research.
As an investor in technology companies, I have long admired the impact of marketers such as Sue Bostrom, former CMO of Cisco, Angie Hicks, founder and CMO of Angie’s List, and Gail Ennis, former CMO of Omniture. I work with a lot talented female marketing executives at our portfolio companies, including Alicianne Rand, VP of Marketing at NewsCred, Stacey Epstein, CMO of ServiceMax, and Dominique Levin, VP of Marketing at AgilOne.
Of course, marketing is not the “domain” of women any more than hard tech is the purview of men. I know plenty of killer women coders, CTOs, and VPs of engineering, as well as smart male CMOs. Startups and entrepreneurs often look for an entry point, a “wedge” product, an opening of sorts into a market. In one of the greatest transformations promised by technology that is upon us, this new focus on next-generation marketing could be this “wedge” women need to vault into prominence and the C-suite, not just at technology companies but beyond.
Whether they take on the role of CMO or CMTO, women marketers have the chance to lead a new generation of results-driven marketing that transforms their companies from within. What really excites me is that the CMTO function won’t just drive marketing but as the role with the closest measurable pulse of the market, it will influence technology purchases across the organization; help set business strategy; and help steer decisions in engineering, product, design, sales, business development, HR, and customer success. In other words, the CMTO is a position with key decision-making responsibilities. And I believe many women are perfectly suited to this role, given how it uniquely combines the art and the science of marketing.
Finally, we arrive at a great combination of right timing with the right goods – game on!
http://venturebeat.com/2014/05/26/techs-next-most-powerful-role-will-be-dominated-by-women/