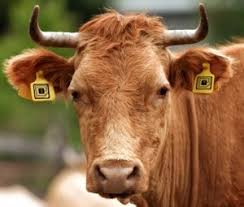 Think about it: 2020 is only six years away.
That’s the same amount of time that it will take many of today’s high school juniors to graduate from college.
And even though 2020 sounds futuristic, the opportunities, challenges, and unintended consequences of what’s just over the horizon is closer than we think.
Article by Saroj Kar in CloudTimes.
Emphasis in red added by me.
Brian Wood, VP Marketing
———-

Gartner: Internet of Things will Grow Exponentially to 26 Billion Devices by 2020

The Internet of Things will reach 26 billion connected devices in 2020, with an exponential growth of 30 times the installed base in 2009, when connected devices in the web were just 900 million.
According to a new research by Gartner, The Internet of Things (IoT), which excludes PCs, tablets and smartphones, will generate incremental revenue exceeding $300 billion in services in 2020. The services include hardware, embedded software, communications services and information services associated with the things.
The growth in IoT will far exceed that of other connected devices. By 2020, the number of smartphones, tablets and PCs in use will reach about 7.3 billion units. In contrast, the IoT will have expanded at a much faster rate, resulting in a population of about 26 billion units at that time, the research said.
The turnover of the Internet of things, especially that generated by suppliers of products and services, will rise to $300 billion in 2020, amounting to 1.9 trillion dollars in total sales. Sectors that will see a major use of these kind of things, according to Gartner, are medical, industrial automation systems, sensors and applications in robotics, sensors for increasing agricultural productivity, sensors for monitoring the production sector car and in several other areas, such as road and rail, water distribution and transmission power. Among the vertical markets that mainly contribute to the development of the IoT are manufacturing, health care and insurance.
Gartner says by 2020, component costs will have come down to the point that connectivity will become a standard feature, even for processors costing less than $1. This opens up the possibility of connecting just about anything, from the very simple to the very complex, to offer remote control, monitoring and sensing. The fact is, that today, many categories of connected things in 2020 don’t yet exist. As product designers dream up ways to exploit the inherent connectivity that will be offered in intelligent products, Gartner expects the variety of devices offered to explode.
Especially in the corporate sector Gartner sees future applications for the IoT. E.g., monitoring sensors, for example in medicine or in the manufacturing industry, can monitor the condition of machinery. Other areas include the monitoring of roads, public transport routes, water and power lines. The safety technology and insurance industry will also benefit from the IoT. Here completely new business models will emerge such as custom insurance premiums for car owners based on real-time driving analysis. In addition, many devices in the health and fitness will be newly created, combined with medical sensor technology. Data security and privacy are also likely to grow in significance as more consumers engage with IoT-based products.
Other research reports also predicted the growing popularity of IoT. IDC predicts by 2016, smart systems will count for a third of the market for embedded processors, affecting more than two thirds of its turnover, surpassing the growth of PCs and smartphones. ARM’s recent The Economist report from the Economist Intelligence Unit reveals that the IoT is finally here and intelligent devices connected to the Internet are expected to reach 15 billion units by 2015.
http://cloudtimes.org/2013/12/20/gartner-the-internet-of-things-will-grow-30-times-to-26-billion-by-2020/