Half Empty? Overcoming Doubt Within IT 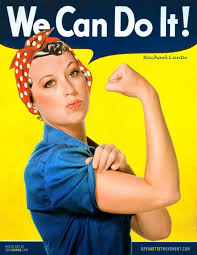 Don’t let the naysayers get you down.
Prudence is smart, pessimism is self-fulfilling.
Opinion piece by David Weldon of FierceCIO.
Emphasis in red added by me.
Brian Wood, VP Marketing
——–

Overcoming a crisis of confidence

In the course of any given week I read a lot of headlines and articles about the IT industry and workforce. And I have decided that the biggest story shaping IT this year isn’t the cloud, or mobile or even big data. It is a crisis in confidence.
For example, in recent FierceCIO articles we have reported that …

The list goes on.
Any of these factors are damaging enough to the organization where they are occurring. But collectively, they seem to be stalling the IT recovery in the minds of some.
Consider the headlines in two recent articles:
“Uncertainty slows hiring plans for many companies”
“IT jobs growth rate slows for 12th consecutive month”
This is clearly not good news, and it is tied most closely to the lack of confidence that IT hiring managers have in the economy overall, and the tech sector in particular. But things are much better than some would like to portray. As FierceCIO has also reported, there is hiring going on. Salaries are rising, if only slightly. Companies are pledging to invest in training.
“In the near future, we may view 2013 as a building-block year that paved the way for better things: more staffing, more IT innovation and more organizational growth,” noted an article two weeks ago at CIO Insight. “However, the overall economy will need to demonstrate a sign of firmer footing before this happens.”
I usually prefer to view the glass as half full. I do have confidence that 2014 will be a good year in IT for hiring, for salaries and for training. I based my confidence on the aggressive agendas that virtually every organization has for technology.
Recent jobs reports confirm that we aren’t losing jobs in IT. We just aren’t creating new ones as quickly as some would like.
“A total of 1,200 new information technology jobs were created in December–a paltry 0.03 percent increase from November–bringing the total to just over 4.52 million IT workers,” notes an article at ZDNet.
The CIO Insight article notes that, “on the positive side … more businesses plan to boost their headcount than shrink it and many companies are committed to additional investments in science, technology, engineering and math positions, especially in IT.”
Perhaps the best news in all of this is that a return to confidence in the IT market may be within grasp, based on the results of new research from CareerBuilder.
“The general sentiment shared by employers … is that there will be a better job market in 2014,” CareerBuilder CEO Matt Ferguson is quoted as saying. “Some employers [are reluctant] to commit to adding jobs until the outcome of debt negotiations and other issues affecting economic expansion are clearer. As these stories play out and employers find their footing in the New Year, there is greater potential for the average monthly job creation in 2014 to exceed that of 2013.”
My hope and belief is that Ferguson is right. Correction … I’m confident he is. – David
http://www.fiercecio.com/story/overcoming-crisis-confidence/2014-02-13