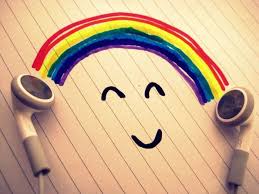 Retention of top talent is one of the top concerns for IT leaders globally — but on balance, things haven’t been this good in quite a while.
And words like “cloud” and “big data” don’t even appear in these articles.
Watershed indeed.
Summary article by David Weldon in FierceCIO based on a piece by Dennis McCafferty in CIO Insight covering the Harvey Nash research.
Emphasis in red added by me.
Brian Wood, VP Marketing
——

CIOs have plenty of attitude these days, and the good news is that they’re mostly positive.
That is the finding of recent research by Harvey Nash, a global professional recruiting firm and IT outsourcing provider, which looked at how CIOs view IT in 2014. The firm collected data from more than 3,200 CIOs and IT leaders for the study.
Generally speaking, CIOs are in a good state of mind these days, notes an article at CIO Insight. Contributing greatly to the more positive mood is the recovery from the recession and the fact that IT budgets are on the rise again.
On a personal level, most CIOs reported they feel fulfilled in their job. Most say they are confident about their present jobs and future prospects.
“CIOs are focusing on adding value to their organizations rather than focusing exclusively on the relentless assault on costs,” notes Jonathan Mitchell, chairman of Harvey Nash’s global CIO practice, in the report’s executive summary. “Skills are in demand and technology is making an even bigger impact on people’s lives and the fortunes of corporations and public sector bodies alike … It’s clear that this is indeed a great time to be an IT leader.”
The article notes the following among the findings of the study:

Investment in new Technology is growing at a faster rate than at any time since 2006, but digital skills shortages risk holding companies back – CIO Survey 2014

More organisations are reporting increases in investment in technology than at any time since 2006 as business confidence returns and companies act fast to play catch up on their digital offering.
This is according the 16th annual Harvey Nash CIO Survey, representing the views of more than 3,200 Chief Information Officers (CIOs) and Technology leaders from across more than thirty countries, with a combined technology spend of over $160bn. The Survey is one of the largest and most comprehensive polls of technology leaders in the world.
As the global economy begins to recover, organisations are ramping up their investment in digital, mobile and online which has had a further knock on effect in the growing skills shortage, with almost two-thirds of companies reporting that lack of access to the right technology talent is holding back their digital strategy.
Record optimism
Technology budgets are growing as Chief Executives increasingly favour investing for growth over cost reduction and efficiencies. Newly created roles within companies are evolving to lead digital growth, such as the emergence of the ‘Chief Digital Officer’ and the increasing influence Chief Marketing Officers have over technology related spend.

For the first time since the recession, the skills shortage is once again appearing as a major management concern. In Asia, for example, the problem is particularly acute. Retaining, developing and acquiring the skills to drive the growth program are now major priorities for leaders all over the world.

Dr Jonathan Mitchell, Chairman of Harvey Nash’s global CIO Practice commented:
“After six years of sluggish activity, this report clearly shows that 2014 is a watershed year. CIOs and Technology leaders are seeing growing budgets and growing prominence in their organisation as CEOs are turning to technology to drive growth. However, significant challenges lie ahead. This year has seen a worrying increase in the number of leaders citing concerns about skills shortages. To be successful, organisations will not only need a clear technology strategy, but they will also need the right people to deliver it.”
http://www.harveynash.com/group/mediacentre/2014/05/investment_in_new_technology_is_growing_at_a_faster_rate_than_at_any_time_since_2006_but_digital_ski/index.asp