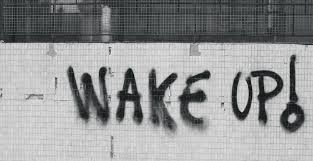 WAKE UP!!!
The newly-released report below on the state of healthcare IT security is pretty bleak.
Hopefully it will serve as a wake-up call to CIOs and CEOs everywhere that the bad guys are probably already running circles around you and they are using your data and network infrastructure as their personal playground.
Need some help with IT security? When in doubt, source it out: choose a provider who can do the lion’s share of grunt work so that your team can focus on the most strategic items.
Summary article by Susan Hall in FierceHealthIT.
Emphasis in red added by me.
Brian Wood, VP Marketing
—–

Report says cybersecurity strategies have fallen behind
The networks and Internet-connected devices of healthcare organizations–from hospitals to insurance carriers to pharmaceutical companies–are being compromised at an “alarming” frequency, according to analysis of malicious traffic by The SANS Institute.
Using data gathered by a live threat intelligence platform between September 2012 and October 2013, it found 49,917 malicious events, 723 malicious source IP addresses and 375 compromised U.S.-based health-related organizations.
“[The results] not only confirmed how vulnerable the [healthcare] industry had become, it also revealed how far behind industry-related cybersecurity strategies and controls have fallen,” states the report, which bills itself as a warning to the industry and offers guidance on reducing the risks.
The analysis revealed that multiple connected device types, applications and systems can be compromised, including radiology imaging software, videoconferencing systems, digital video systems, call contact software, security systems and edge devices such as VPNs, firewalls and routers, according to an announcement.
Some of these devices and applications were openly exploitable, such as through default admin passwords, for many months before the breach was discovered and in some cases, the organization did not find the breach at all during the study period.
Among the causes for alarm, from the report:

The Utah Department of Health learned the nightmare that can ensue from use of a default admin password after a breach affecting nearly 800,000 Medicaid patients.
Meanwhile, most health IT executives in a recent survey said their organizations are not fully prepared to deal with a data breach.
http://www.fiercehealthit.com/story/status-healthcare-security-alarming/2014-02-19
———

Feb. 19, 2014 — Norse, a leading provider of live threat intelligence-based security solutions, in association with SANS, the most trusted and largest source for information security training, certification and research, today released the SANS-Norse Healthcare Cyberthreat Report. Senior SANS Analyst and Healthcare Specialist Barbara Filkins developed the report with intelligence gathered by the Norse global threat intelligence platform. The report reveals that the networks and Internet-connected devices of organizations in virtually every healthcare category — from hospitals to insurance carriers to pharmaceutical companies — have been and continue to be compromised by successful attacks. A network compromise often leads to a data breach, potentially exposing the personally identifiable information of millions of consumers as well as the organization’s own intellectual property and billing systems. In addition, these compromised networks allow cybercriminals to use the organization’s network infrastructure and devices to launch attacks on other networks and to execute billions of dollars worth of fraudulent transactions.
The report reveals many findings and salient conclusions. Among the most alarming were the following:

“This level of compromise and control could easily lead to a wide range of criminal activities that are currently not being detected. For example, hackers can engage in widespread theft of patient information that includes everything from medical conditions to social security numbers to home addresses, and they can even manipulate medical devices used to administer critical care,” said Filkins. “For many organizations governed by stringent regulations such as the Healthcare Insurance Portability and Accountability Act (HIPAA), compromises and breaches lead to massive fines. In 2013, fines ranged from $150,000 and went up to $1.7 million in the widely publicized WellPoint case.”
All Providers Feel the Impact Norse identified compromised devices and networks with its global threat intelligence infrastructure, a network of more than six million sensors and next-generation honeypots located in 38 global data centers and 20 major Internet exchanges. When compromised organizations emanate malicious IP traffic, the infrastructure detects it and immediately traces it back to the owner. A wide range of organizations emanated malicious IP traffic, many of them for months and some for the duration of the study — meaning they never detected their compromises and outbound malicious communications. Not only was this problematic for the target of the attack, but the open attack surface opened the doors for attacks on other organizations.
Although many types of organizations were compromised, one type produced the majority of malicious traffic:

“Cybersecurity in healthcare IT is such a huge issue, as evidenced by some of the statistics my surveys have uncovered,” stated Larry Ponemon, Chairman of the Ponemon Institute. “With the Internet of Things expanding the attack surface, and current HIPAA and HITECH compliance not nearly providing enough security, healthcare organizations are falling further and further behind in their efforts to secure patient data. Such a large percentage of medical institutions have been victims of a cyberattack, and with costs resulting from such compromises numbering in the millions and billions, it’s clear that security of healthcare data must become the priority for healthcare organizations. This report helps sound a very necessary alarm.”
Consumers, Patients Paying Ultimate Price Although the vast majority of the compromised healthcare organizations are subject to regulations such as HIPAA and HITECH, it is equally important to point out that ongoing attacks and compromises are placing a significant financial burden on patients. Cybercrimes such as identity theft, stolen information and fraud not only place extreme inconvenience on individuals but also drive additional healthcare costs that patients may not be able to recover. While most consumers are shielded against ecommerce-related theft and fraud expenses, they are responsible for costs related to compromised medical insurance records and files — costs that reached $12 billion in 2013.
“What SANS and Norse have uncovered in this report is, in a word, alarming,” stated Sam Glines, CEO of Norse. “The sheer number of attacks being perpetrated against healthcare organizations is overwhelming, while the defenses in place are not nearly enough to neutralize them. So although the healthcare industry continues to search for ways to protect its data, many organizations are still not able to properly safeguard critical data, and both companies and consumers are paying the price.”
The SANS-Norse Healthcare Cyberthreat Report can be found here: http://norse-corp.com/HealthcareReport2014.html
In addition, on Thursday, March 6, SANS and Norse will co-host a webinar to discuss “Exposing Malicious Threats to Healthcare IT.” More information and the registration page can be found here: https://www.sans.org/webcasts/exposing-malicious-threats-health-care-97320
For the latest news and developments out of Norse:

About SANS The SANS Institute was established in 1989 as a cooperative research and education organization. SANS is the most trusted and, by far, the largest source for world class information security training and security certification in the world, offering over 50 training courses each year. GIAC, an affiliate of the SANS Institute, is a certification body featuring over 27 hands-on, technical certifications in information security. SANS offers a myriad of free resources to the InfoSec community including consensus projects, research reports, and newsletters; it also operates the Internet’s early warning system–the Internet Storm Center. At the heart of SANS are the many security practitioners, representing varied global organizations from corporations to universities, working together to help the entire information security community. (www.SANS.org)
About Norse Norse is the leading innovator in the live threat intelligence security market. With the goal of transforming the traditionally reactive IT security industry, Norse offers proactive, intelligence-based security solutions that enable organizations to identify and defend against the advanced cyberthreats of today and tomorrow. Norse’s synchronous, global platform is a patent-pending infrastructure-based technology that continuously collects and analyzes real-time, high-risk Internet traffic to identify the sources of cyber attacks and fraud. Norse is the only provider of live, actionable, cyberthreat intelligence that enables organizations to prevent financial fraud and proactively defend against today’s most advanced cyber threats including zero day and advanced persistent threats. Norse has offices in Silicon Valley, St. Louis, and Atlanta. Visit us online at norse-corp.com.