Hey IT Guy, Got a Minute?

Cheer up, IT brothers and sisters! Your skills are in high demand!
This also means that everyone wants a piece of you.
This (hopefully) humorous post was written by Alistair Dabbs in The Register.
And hey, after you’re done reading this, will you please take a look at my machine? It’s not working quite right…
Emphasis in red added by me.
Brian Wood, VP Marketing
————

I am NOT a PC repair man. I will NOT get your iPad working

Everybody needs good technology-loving neighbours
Something for the Weekend, Sir? “My nephew bought me one of those iPad things for my birthday.”
My heart sinks – I can already tell where this is going.
I’m at a neighbour’s house party, the time is last summer, and one of the older partygoers is about to tell me that some new-fangled technology is too much for him to cope with now that he has reached the age of a hundred and ninety-eight or something. “In fact… it’s still in the box!” he cries, in the mistaken belief that this is funny. I humour him by laughing as if I hadn’t heard the line before.
Naturally, I suggest that he would have more success if he takes the iPad out of its box, reads the instructions and – what the hell, let’s throw caution to the wind – switches the f***er on. But it’s all useless: what he really wants is for me to do it for him. So I feign interest and offer to set up his iPad at some point in the near future, at which he feigns surprise and accepts with feigned gratitude. Needless to say, I didn’t go round and I’ve been careful to avoid him ever since.
Flashback some years to my housewarming party when I moved into this street. My new neighbours are asking me what I do for a living. It’s at this point that I make the mistake that I’ll be regretting for years to come. I tell them that I’m an IT journalist. 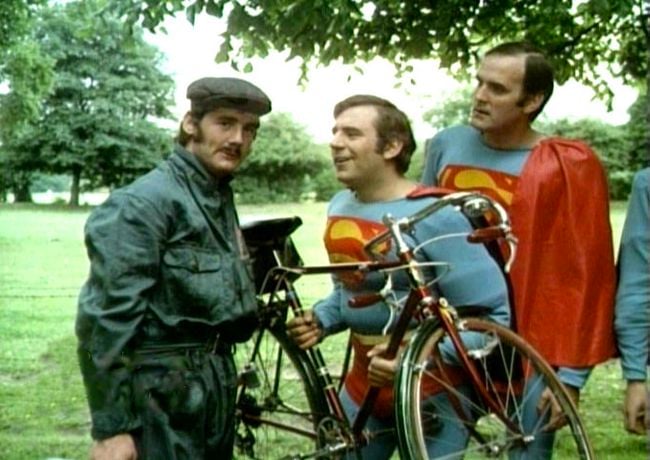 Join me, time-traveller, as we wind back the clock by one more decade for some kind of explanation. I am younger, more optimistic and yet, curiously, financially better off. I’m at a party at someone’s flat. I am asked what I do for a living. I tell them I’m a journalist. No not on a newspaper, no I don’t spend half the year sipping cocktails in Monte Carlo on assignment from a society magazine. No, I work in a home ‘office’ – a closet by the front door – and often a computer paper’s testing ‘lab’ – a dungeon with Ethernet ports – and I write about flatbed scanners.
At this point, the people I was talking to would politely excuse themselves, claiming that they had to go and speak to someone on the other side of the room.
Ten years later, back at the housewarming, my patter produces completely the opposite effect. When I reveal that I’m an IT journalist, they begin telling me about their printer problems and posing questions about Windows device drivers. Someone’s monitor has gone pink. Another wants to know how to receive faxes. With almighty crashing inevitability, at least three of them are asking which laptop they should buy.
I pretend there is someone I need to speak to on the other side of the room but it’s too late. The damage is done and from then on I am a marked man. I’ve been handed the genteel surburban equivalent of the the Black Spot. For ever after, I am the nice family man at number three who’ll fix everyone’s home computers for a cup of tea.
Now, I’m not a complete boor. When I get home from a hard day’s work, I’m willing to cook dinner, deal with household bills, pick up kids from activities and so on. But the one thing I can’t stand, just as I’m putting my feet up or about to step into the shower, is a neighbour tapping at the front door to tell me they can’t send an email.
Sure, to begin with, I found the attention flattering but after years of spending ruined evenings under neighbours’ tables and coughing up enclosure fan dust bunnies, I’d had enough. Besides, I’m no engineer: all I’m really doing is stuff that any retard could do such as re-seating memory chips and tightening cable connectors.

Thanks to that kind Mr Dabbs, I can FaceTime with my grandson now
Source: Brasso.co.uk

The crunch came one evening last year when one particularly persistent and possibly lonely old neighbour, whose laptop was a veritable portable disaster zone – she’d even installed AOL; yes, that bad – knocked on my door at 9pm to ask if I could fix her digital television set-top box. I politely but firmly refused, insisting that I was not a f***ing TV repair man, nor did I have the time or inclination that particular evening to sit down and explain how to use a f***ing TV remote control.
Most of my neighbours are retired but that’s no excuse. Being eligible to book a world cruise with Saga ought not to make them technologically helpless. As I like to remind noobs, our sparkly IT-enhanced world was largely created and is still run by people in their late fifties and early sixties, and the giants on whose shoulders they stood are now little old geezers who wear their trousers too high.
Indeed, the retired school teacher next door is a veritable computer nut and turns out to be an old schoolmate of Sir Jonathan Ive’s dad. And yet I’ve been round to his house at least a dozen of times just to fix his printer – until I convinced him to ditch the ImageWriter on the basis that it was older than my children.
Come to think of it, another neighbour down the road needed help installing a ‘new’ modem that a relative had bequeathed her, but it turned out to be ‘new’ only in the sense that it appeared to be the model released immediately after the one comprising two bean tins and a length of string.
What I should do is send them to a local PC repair shop. The problem is that I don’t trust them. Judging from my own experiences when getting proper IT kit fixed by qualified engineers at registered service centres – all the time-wasting, cock-ups and rip-offs – I can hardly expect some back-street hoodlum to play fair with my nice neighbours.
For this reason, the winter has seen me reverting to form, wasting my rare moments of leisure time not in the arms of a beautiful woman but telling neighbours which laptop to buy, restarting broadband modems, reviving clapped-out PCs and telling their owners to get rid of their shi**y little £40 inkjet printers that have never worked properly.
And maybe, at some point before this summer, I’ll pop round and take a look at that iPad – probably still in its box.
http://www.theregister.co.uk/2013/03/29/something_for_the_weekend_technology_rapairman/