Hey IT Types, Is YOUR Budget Rising This Year? 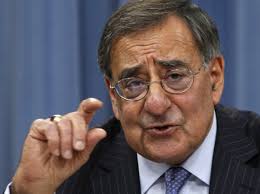 No absolutes; everything is relative. Take 2%, for example.
While 2% growth might sound pretty lousy, it’s actually sweet when compared to big cuts in other areas of the org such as finance and HR.
The survey below, summarized by Caron Carlson of FierceCIO, also highlights what those 2013 IT budgets are expected to be used for.
Emphasis in red added by me.
Brian Wood, VP Marketing
———-

Other IT budgets are rising, is yours?

Finance, procurement and human resources groups are expected to experience more cutbacks this year, but IT departments will enjoy a slight increase in budgets. That’s according to a survey of IT leaders by The Hackett Group, which found that IT operating budgets will rise more than 2 percent in 2013.
If this scenario sounds familiar, you may be discovering that your team is being subjected to greater demands and expectations than in the past. The study, “Enabling Borderless Business Services: IT’s Key Issues of 2013,” found that companies are trying to develop “borderless business environments” by making service delivery more flexible, virtual and data-enabled.
“Externally, companies are realizing that growth will come by expanding beyond traditional borders, whether that be new geographies or new forms of business relationships with their customers,” said John Reeves, leader of the firm’s Global IT Advisory Program. “Internally, functional borders between business services operations are also coming down in the wake of cross-enterprise, end-to-end process ownership. Finally, there are dramatically fewer barriers to service delivery placement, with Global Business Services operations able to provide seamless support to internal customers.”
To make the most of a “borderless business environment,” companies have to establish one “truth” when it comes to products, services, financials and customers, and IT is essential in that initiative. Unfortunately, more than a third of the executives surveyed (36 percent) said that that they’re not seeing much integration of processes or data among business functions and operations. And 36 percent (perhaps the same 36 percent?) said that the existing complexity and fragmentation in their platforms is challenging.
IT headcounts are expected to fall this year, but by less than 1 percent, which is a drop in the bucket compared to staff reductions in other areas, according to The Hackett Group. In finance, for example, staff reduction is expected to be nine times larger.  At the same time, nearly half of the survey participants said they have to get better at hiring and training people to meet changing business needs, and 41 percent said they’re having a hard time keeping top talent.
The IT agenda this year centers on reducing complexity, improving analytics and putting IT’s strategic contribution front and center, the research found. The aim is to show that IT is not only the bedrock of the organization, but also a vehicle for enabling new ways to generate revenue. IT executives are also focusing on making their service delivery model future-proof. To reach these goals, IT executives are focusing on better managing business relationships, improving IT’s image, and measuring performance in terms the business can understand.
The priorities uncovered in this research don’t sound remarkably different from IT’s priorities in 2012, which could mean that IT is on track toward a new role.
http://www.fiercecio.com/story/other-it-budgets-are-rising-yours/2013-03-10