How Much Can an NSA Data Center Store? 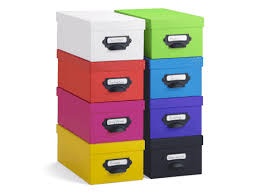 Truly, the summary and the original articles say it all.
Summary by Pam Baker in FierceBigData, original by Sharon Fisher in IT Knowledge Exchange.
Emphasis in red added by me.
Brian Wood, VP Marketing
———

After all the leaks that spell out just how much data the NSA is collecting from, well, everywhere, it’s natural to wonder how much storage it would take to hold all that information. Even if such huge data loads are stored for only a short time, the need for storage would presumably be astronomical.
Sharon Fisher wrote a compelling post at IT Knowledge Exchange on the subject and included the estimations and thoughts of leading experts. It’s a compelling read with lots of information to ponder on the subject. Beyond satisfying general curiosity on the matter, her post will likely help many IT leaders to put into perspective their own storage needs for their big data projects.
Especially since the notion that “size doesn’t matter” was put forth “since the NSA is likely to be using state-of-the-art deduplication and compression technologies to reduce the amount of data stored. The capacity for storing data is not nearly as important as being able to process data and derive valuable information from it.”
That becomes a doubly interesting thought to big data users, but also to the public at large. The NSA recently responded to a Freedom of Information Act request by saying it didn’t have the capability to search its own employees’ email in bulk. That certainly casts doubt on how efficient the NSA will be in other projects, including analytics on its massive collection of data.
http://www.fiercebigdata.com/story/experts-calculate-storage-capacity-nsa-data-center/2013-08-12
———

What’s the Storage Capacity of an NSA Data Center?