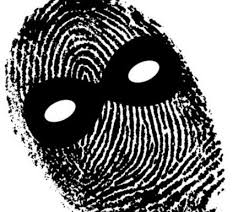 This is the 14th year in a row in which Identity Theft is consumers’ number one concern reported to the Federal Trade Commission.
Be careful about what you click!
Summary article by David Weldon in FierceCIO, original article by Michael Cooney in Network World.
Emphasis in red added by me.
Brian Wood, VP Marketing
——–

Identity theft remains the top online concern of the general public, though the degree to which it is feared may have eased.
Those are among the findings of the Federal Trade Commission’s annual report on what consumers in the United States complain about the most. This is the 14th consecutive year that the FTC report reveals that identify theft is the top consumer concern.
The FTC received over 2 million consumer complaints in 2013. Of that number, over 290,000 (or 14 percent) were for identity theft. Within that category, 30 percent of these complaints were tax or wage related, “which continues to be the largest category within identify theft complaints,” an article at Network World noted.
The good news is that identity theft complaints by the public were down by a significant amount. In the FTC’s 2012 report, identity theft accounted for 369,132 complaints (18 percent of the total). Of those, more than 43 percent were related to tax or wage related fraud.
The IRS has also focused on identify theft this year, naming it as the number one scam on the annual Dirty Dozen tax scams, the article noted.
According to the Federal Trade Commission, the top 10 consumer complaints are:

Of the total two million complaints received by the FTC, over 1 million were fraud related. They accounted for an estimated $1.6 billion in losses.
http://www.fiercecio.com/story/identity-theft-still-top-consumer-complaint-says-ftc/2014-03-03
——-

FTC: Identity theft is the plague of the country

FTC details top 10 consumer complaints; Fraud in general is a $1.6 billion loser
The Federal Trade Commission today issued its annual look at what consumers in the United States are complaining about the most.
And for the 14th consecutive year the winner, or loser really, for 2013 was identity theft, receiving over 290,000 or 14% of the agency’s 2 million overall complaints. Thirty percent of these incidents were tax- or wage-related, which continues to be the largest category within identity theft complaints, the FTC stated.
The identity theft totals were actually down from 2012 when the agency said it got 369,132 or 18%, of the complaints were related to identity theft. Of those, more than 43% related to tax- or wage-related fraud, the agency stated.
Florida has the highest per capita rate of reported identity theft and fraud complaints, followed by Georgia and California for identity theft complaints, and Nevada and Georgia for fraud and other complaints, the FTC noted.
The IRS recently included identity theft as its No.1 scam in its annual Dirty Dozen tax scams for 2014.  In many cases, an identity thief uses a legitimate taxpayer’s identity to fraudulently file a tax return and claim a refund.
The Top 10 complaints are:

Over 1 million complaints were fraud-related costing consumers $1.6 billion in loses, the FTC stated. Forty-eight percent of all fraud-related complaints reported the method of initial contact. Of those complaints, 40% said the telephone, while another 33% said e-mail. Only 5% of those consumers reported mail as the initial point of contact.
http://www.networkworld.com/news/2014/022714-ftc-identity-theft-279265.html?hpg1=bn