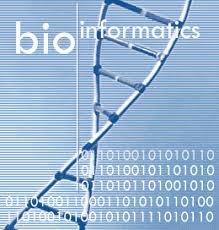 Bioinformatics is hot, and firms partnering / collaborating on bioinformatics is even hotter.
The FierceBiotechIT article below — and the source article from Bio-IT World — recount what two of the main players (Illumina and Life Technologies, both based in San Diego) are doing in the space.
Check out our own ClearCompute Software as a Service (SaaS) offering to understand AIS’ interest — and offering.
Emphasis in red added by me.
Brian Wood, VP Marketing
————-

The network effect could bring genomics into the mainstream of healthcare and aid drug development. Two rival leaders in the DNA sequencing arena–Illumina and Life Technologies–have forged separate alliances with major medical institutions to bring the power of decoding genomes into the clinic.
Illumina ($ILMN) and Life Technologies ($LIFE) are in a race to advance genomics from its roots in research labs to an everyday part of healthcare. Both companies have made deals over the past year to bring them closer to the clinic, and the rivals have also invested in software tools that can streamline the use of huge amounts of genomic and genetic information in research and clinical practice.
Illumina, the world’s top provider of genome sequencers, has tied up with Partners HealthCare on marrying Illumina’s MiSeq tech for reading genomes and Partners’ GeneInsight software for aiding interpretation and reporting workflow of genetic tests. Last week, the partners revealed founding collaborators from ARUP Laboratories, Mount Sinai Genetic Testing Laboratory, and New York Genome Center to share data on genome variants to advance its use in healthcare.
A day later, Life Technologies and Children’s Hospital Boston announced the founding of their new venture called Claritas Genomics, a company focused on diagnostic testing based on genomics advances. Claritas taps the Ion Torrent tech from Life as well as software and bioinformatics. Children’s provides the medical expertise and resources from CLIA-certified Genetic Diagnostic Lab.
“Our investment in Claritas Genomics is a prime example of strategic partnerships Life Technologies is entering into to accelerate the use of accurate genomic information in medical practice,” Greg Lucier, chairman and CEO of Life Technologies, said in a statement.
The promotion of genomics to clinical status could have huge benefits for pharma. Right now, healthcare providers have been creating digital files of phenotypic data on patients, and hospitals have begun to layer on genomic info. With permission, drugmakers could leverage the information for clinical trials recruitment. Think Google for clinical trials.

The two giants of next-generation sequencing (NGS) technology, Illumina and Life Technologies, have announced rival initiatives with leading medical institutions in Boston to further the development and integration of their sequencing technology into the clinical genomics arena. Life Technologies is investing in Claritas Genomics, a new spin-off company spearheaded by Boston Children’s Hospital aimed to developing applications for clinical genomics that feature the Life Technologies’ Ion Proton benchtop NGS instrument.
That news comes just 24 hours after Illumina, in conjunction with Partners HealthCare, announced the founding members of the GeneInsight-Illumina Network, a pilot program for developing an IT workflow for enhanced analysis, reporting and sharing clinical genomic information.
Ironically, the two Boston academic organizations involved in these partnerships recently interacted as the creator (Boston Children’s Hospital) and winner (Brigham & Women’s/Partners Healthcare) of the CLARITY Challenge contest for genome interpretation.
GeneInsight Network
The founding members of the GeneInsight Network — ARUP Laboratories (Salt Lake City), Mount Sinai Genetic Testing Laboratory, and the New York Genome Center (NYGC) – have committed to sharing sharing knowledge regarding the analysis and interpretation of genome variation data through the formation of inter-laboratory collaborations and so-called knowledge rings.
These groups will form pilot sites that integrate Illumina’s benchtop MiSeq sequencing system and Partners’ GeneInsight Suite, helping to optimize the resource for subsequent general release. Later this year, the network will be expanded to welcome other institutions willing to share clinical genomic data.
The announcement “reinforces our commitment to establishing a community-based approach to addressing some of the most challenging issues related to clinical next-generation sequencing,” said Heidi Rehm, the chief laboratory director at Partners’ Laboratory for Molecular Medicine. “We’re excited to bring together such a talented and diverse group of leading institutions who share a common vision and are passionate about the opportunities for collaboration to advance the field of clinical genetics.”
Elaine Lyon, the medical director for ARUP Laboratories, expressed enthusiasm for a community approach to curating variant knowledge. “As a user of the GeneInsight application, I look forward to participating in a network of leading genetic testing laboratories and academic institutions to curate genetic variants. This collaborative effort can greatly contribute to improving patient care,” said Lyon.
Nancy Kelley, NYGC’s founding Executive Director, said she was privileged to join the GeneInsight-Illumina Network, and that Partners and Illumina shared her center’s vision for innovation through collaboration. “We look forward to using these new tools with other members of the network to promote discovery and improve patient care,” said Kelley.
GeneInsight is a subsidiary of Partners HealthCare, an integrated health system founded by Brigham and Women’s Hospital and Massachusetts General Hospital. The GeneInsight Suite has been in clinical use since 2005, supporting the interpretation and reporting workflow for more than 25,000 complex genetic tests across multiple diagnostic reference laboratories.
Bio-IT World interviewed the team developing GeneInsight in a 2010 feature article on “The $1,000,000 Genome Interpretation.”
Claritas Genomics
Another Harvard Medical School institution — Boston Children’s Hospital – is partnering with Life Technologies to launch a new company called Claritas Genomics, to develop genetic and genomics-based diagnostics.
Claritas Genomics is majority-owned by Children’s and will incorporate the expertise and personnel of the hospital’s Genetic Diagnostic Lab, a CLIA-certified center that currently offers more than 100 genetic tests. It will leverage Life Technologies’ Ion Proton benchtop sequencer in developing future diagnostic tests. The partners believe that advances in instrumentation and bioinformatics capabilities will improve clinical interpretation of test results.
“While a number of academic and private ventures are offering genomic sequencing and molecular diagnostics to the public, no other partnership has integrated all the elements—fast, accurate genomic sequencing, bioinformatics, CLIA expertise and access to researchers and clinicians who can interpret the data in a meaningful way,” said Sandra Fenwick, president and chief operating officer of Boston Children’s.
Life Technologies chairman and CEO Greg Lucier said that his firm’s investment in Claritas was another example of building strategic partnerships to accelerate the use of accurate genomic information in medical practice. “This new venture serves as a model for future endeavors to demonstrate the validation of our Ion Torrent technology in an integrated laboratory workflow designed for clinical applications related to pediatrics and inherited diseases,” he said.
For Children’s Hospital, the formation of Claritas Genomics is a strategic opportunity to assure its physicians and scientists access to best-in-world genomic science and to share its expertise in genomic interpretation widely.
“Boston Children’s has already invested significantly to accelerate genomic discovery for patients with rare diseases, cancer and autism, and to profile individual responses to medications. We now have a practical paradigm for taking genetic and genomic research discoveries to the bedside, and we’re excited to be able to scale up and offer this capability to patients everywhere,” said David Margulies, executive director of the Gene Partnership at Boston Children’s Hospital. “Through a set of network collaborations and via electronic communications, we plan to provide interpretive services around the world.”
http://www.bio-itworld.com/news/01/08/13/Illumina-Life-Technologies-forge-rival-partnerships-implement-clinical-genomics-networks.html