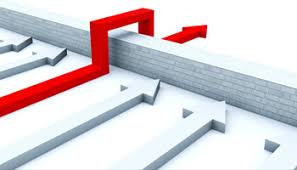 Penetration testing is an effective, essential element of determining if your systems, processes, and employees are up to the task of securing your infrastructure.
People are typically the weakest links in the chain — and particularly vulnerable to phishing emails.
Read about some first-person experiences in the article below by Brian Prince in Dark Reading.
Emphasis in red added by me.
Brian Wood, VP Marketing
——

Dramatic attacks can have simple beginnings, even when the target is a critical infrastructure company.
This is certainly true if Andrew Whitaker’s experience is any indication. Whitaker is director of penetration testing services for Knowledge Consulting Group, and at the RSA Conference last week, he took the stage and described the ways pen testers pwn, con and otherwise sneak their way past security.
For him, it starts with phishing emails targeting SCADA engineers.
“We go after you because you know how to get into the industrial control systems, and we want to find out how are you getting in there,” he told the crowd Friday. “I could try to brute force your login credentials, but it’s so much easier just to ask.”
How much easier? According to Whitaker, 18 percent of the people fall for these password phishing requests – not an insignificant number, considering the fact that an attacker only needs one set of account credentials to access a network. It could start off with the spoofing of a login page for Microsoft Outlook Web Access for example.
The email would include a link to the spoofed page and portend to come from a system administrator requesting the user follow the link and log on for some reason. When they do that, their username and password would be captured.
The most effective phishing emails are short and sweet, he explains. “What we’ve discovered is that when you do really long phishing emails, [is] if somebody knows the sys admin they are going to read it and go, that doesn’t sound like him at all,” he says. “So keeping it short [and] to the point has been far more effective.”
That is far from a shock to Rohyt Belani, CEO of security firm PhishMe.
“The most effective phishing emails take a tone of authority and instill a sense of urgency,” he tells Dark Reading after the conference. “For example, threatening to lock a user account if the password is not reset. Based on our experience training more than five million users, phishing emails that create urgency by threatening negative consequences are 20 to 25 percent more effective than emails that offer the recipient some kind of reward.”
When training to spot phishers, most organizations focus on technical details such as recognizing malicious URLs and headers, says Belani. While that’s important, the first step should be to instill a healthy dose of suspicion.
“Users should first ask themselves whether they tried to reset their password, and if not, view the email with suspicion,” he says, adding employees should notify the IT department if the email is questionable. “It’s possible that an attacker is trying to reset their account, but this is most likely a phishing email.”
But the social engineering employed by Whitaker’s pen testers did not end with clever emails; it continued from there as needed to include pen testers getting inside the building using fake employee badges and ruses such as pretending to be support staff for a company performing network monitoring for one of their targets. Then there was always the prospect of sneaking in the door behind employees smoking outside.
“For me, I don’t smoke anymore, I used to,” Whitaker says. “But I will smoke in order to hack into your building.” Once inside, the pen testers were able to wander around buildings. Getting around can be tricky, but a good supply of canned air can help.
“You guys know those doors that have the badge access, but then on the other side there is a sensor so when someone’s coming up it senses them and then automatically unlocks the door? Well, this is an old pen tester secret – you take the can of air and you just spray it along the crack of the door and it triggers the sensor and now you can get in,” Whitaker says.
The ultimate goal, of course, is to get access to the SCADA network.
“We’ll target the SCADA engineers,” he explains. “We just spy on them. We’ll spend an entire day…just monitoring that engineer. We want to find out how they are getting in. We may take screenshots. We may inject keyloggers.”
The bottom line, he says, is that critical infrastructure companies need to do three things: secure their people, involve their people and invest in their people.
“I would not have been able to get in most of the time if the phishing attacks didn’t work,” he says. “I would not be able to get in if I did not see the people making these mistakes.”
http://www.darkreading.com/vulnerabilities—threats/hacking-critical-infrastructure-companies—-a-pen-testers-view/d/d-id/1141416