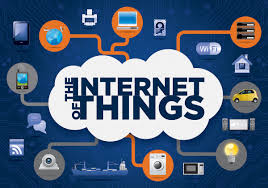 Below is a pretty good article on the state of affairs re: Internet of Things.
We’ve all heard about consumer-level applications for IoT (e.g., smart refrigerators and thermostats) but the piece below goes into more about industrial uses.
Article by Chris Murphy in InformationWeek.
Emphasis in red added by me.
Brian Wood, VP Marketing
——–

Internet Of Things: What’s Holding Us Back

Cost savings today, revenue tomorrow.
Consumer-facing IoT projects are advancing in fits and starts. Google’s $3.2 billion acquisition of Nest, a maker of Internet-connected thermostats and smoke detectors, provides one giant proof point of the commercial interest, but there are few other “wow” examples. We’ve seen a flurry of new Internet-connected wearable devices, but one notable setback is the FuelBand fitness tracking device, which Nike said last month it would stop developing, though it will continue developing fitness tracking software. On the flip side, Facebook just acquired Moves, an app that does fitness tracking via a smartphone.
The clearest IoT successes today are from industrial projects that save companies money, rather than from projects that drive new revenue. Intel’s Steenman sees the most interest in areas such as smarter manufacturing and buildings, monitoring and optimization of power and water supplies, and city government uses such as managing and rerouting vehicle traffic.
But even with these industrial projects, companies shouldn’t underestimate the cultural change they need to manage as machines start telling veteran machine operators, train drivers, nurses, and mechanics what’s wrong, and what they should do, in their environment.
http://www.informationweek.com/strategic-cio/it-strategy/internet-of-things-whats-holding-us-back/d/d-id/1235043