Inside The World’s 10 Fastest Supercomputers 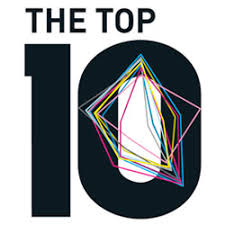 OK, so we all know that the world runs on computers. Everyone uses them for virtually every purpose imaginable. Computers are in our phones, notebooks, laptops, and our desktop processors. However, some “supercomputers” (as they’re affectionately called) fill office rooms, entire floors of buildings, and some of them even fill up whole buildings.
What are computers that big used for? What do they control? How many of this type of computer are currently in use in the world?
“Supercomputers” are comprised of tens of thousands of processors working together at once. These computers are capable of crunching numbers at lightning-fast, astounding speeds. These massive machines perform quadrillions of calculations per second, providing extensive information for research in an endless variety of fields including weather forecasting, quantum mechanics, medicine, and more.
How is the speed of these supercomputers measured? Well, for reference, 1 teraflop (TF) = 1 trillion math operations per seconds and 1 petaflop (PF) = 1 quadrillion math operations per seconds. Pretty fast, huh?
So now that you have at least a little better understanding about what supercomputers do, here is an updated list of the ten fastest supercomputers in the world and what they are used for (and for a simple representation and illustrations, see our infographic for the World’s 10 Fastest Supercomputers from July, 2013).
10) SuperMUC (Garching, Germany)
SuperMUC was created in 2012 and since then has been run by the Leibniz Supercomputing Center. This particular supercomputer works on science projects in three disciplines: astrophysics, engineering, and chemistry, as well as chemistry and materials. This supercomputer has a linpack performance (Rmax) of 2,897.0 TFlop/s, and a theoretical peak (Rpeak) of 3,185.1 TFlop/s. It’s manufactured by IBM, uses the Linux operating system, and uses 3,422.67kW of power.
9) Vulcan (Livermore, California)
Vulcan is barely 1 year old, yet it makes #9 on our list. This supercomputer performs collaborative work with industry and research universities to advance science and accelerate the technological innovation at the heart of U.S. economic competitiveness. Vulcan boasts 393,216 GB of memory, is manufactured by IBM, and uses the Linux operating system. The linpack performance (Rmax) of the supercomputer is 4,293.3 TFlop/s and the theoretical peak (Rpeak) rates at 5,033.2 TFlop/s.
8) Juqueen (Julich, Germany)
Like SuperMUC and Vulcan, Juqueen is a newer computer, having been completed in 2012. The Julich Research Centre in Germany is home to this supercomputer which is used for computational science, engineering, climatology, physics, and materials science. IBM manufactures the hardware for Juqueen and Linux is its chosen operating system. The linpack performance (Rmax) measures at 5,008.9 TFlop/s and the theoretical peak (Rpeak) is 5,872.0 TFlop/s.
7) Stampede (Austin, Texas)
Stampede has 182 different server racks, 75 miles of network cable, and an approximate weight of half a million pounds (500,000). The data center that houses this supercomputer has an area of 8,000 square feet and the entire unit uses upwards of 4.5 megawatts of power. In 2013 (the same year it was created), Stampede boasted a top speed of 5.168 PF; currently that figure is estimated at closer to 10 PF.
6) Piz Daint (Lugano, Switzerland)
Named after a Swiss mountain, Piz Daint has been in operation since April of 2013, and became the successor to the older Cray XE6 Monte Rosa. Piz Daint is located at the Swiss National Supercomputing Centre (CSCS). It is manufactured by Cray, Inc. and uses the Linux operating system. Piz Daint contains 5,272 compute nodes (one Intel Xeon E5-2670 and one NVIDIA Tesla K20X), and has a linpack performance (Rmax) of 6,271.0 TFlop/s as well as a theoretical peak (Rpeak) of 7,788.9 TFlop/s.
5) Mira (Lemont, Illinois)
The U.S. Department of Energy’s Argonne National Laboratory uses Mira to explore climate change, design more efficient electric car batteries, and look at the evolution of the universe. Like quite a few other supercomputers, Mira is relatively young, having been created in 2011. Some vital stats: Linux operating system, manufactured by IBM, linpack performance (Rmax) of 8,586.6 TFlop/s, and a theoretical peak (Rpeak) of 10, 066.3 TFlop/s.

4) K Computer (Kobe, Japan)
Created in 2011, relatively “old” by supercomputer standards, K Computer is located at the Riken Advanced Institute for Computational Science in Kobe, Japan. At the time of its creation, it was the fastest supercomputer in the world. It is currently used to research disaster prevention, climate change, and meteorology. K Computer has a speed of 11 PF and contains 705,024 cores. The operating system is Linux and the manufacturer is Fujitsu.
3) IBM Sequoia (Livermore, California)
Score another supercomputer for not only California, but for the suburban town of Livermore as well (see Vulcan at #9 on the list). In 2012, Sequoia was listed as the fastest supercomputer in the world and since then it hasn’t slipped much. With a top speed of over 17 PF, this IBM-manufactured, Linux-based supercomputer and data center was the very first of its kind to break 10 PF of sustained performance. Sequoia was constructed for the National Nuclear Security Administration as part of the Advanced Simulation and Computing Program (ASC).
2) Titan (Oak Ridge, Tennessee)
Titan is an ultra-fast computer built by Cray that utilizes the Cray Linux Environment operating system. Built at the Oak Ridge National Laboratory in Tennessee, Titan was designed to use its extraordinary computing power to study alternative and efficient energy, efficient engines, and climate change, and to identify new materials. The basics: 560,640 cores; linpack performance (Rmax): 17,590 TFlop/s and theoretical peak (Rpeak): 27,112.5 TFlop/s.
1) Tianhe-2/Milky Way-2 (Guangzhou, China)
Currently the fastest supercomputer in the world, Tianhe-2 serves as an open research platform for researchers of all kinds (scientists, doctors, etc.) in southern China. With an astounding 1,024,000 GB of memory, 3,120,000 cores, and a theoretical peak (Rpeak) of 54,902.4 TFlop/s, Tianhe-2 is the fastest by a large margin. The manufacturer of this computer is NUDT and the operating system it uses is Kylin Linux.

—–
So there you have it, the ten fastest supercomputers in the world. That’s a quite a bit of information to digest!
It’s interesting to note that every one of these supercomputers is constantly growing in size, getting faster, and computing more information than ever before. By this time next year, these numbers will more than likely change and the list of the world’s top 10 fastest supercomputers will probably have a different order than today. Supercomputers are a wave of technology, and like all technology, they are always evolving and improving.
—–
https://www.llnl.gov/news/newsreleases/2013/Jun/NR-13-06-05.html
https://www.tacc.utexas.edu/stampede/
http://www.cscs.ch/computers/piz_daint/index.html
http://en.wikipedia.org/wiki/IBM_Sequoia
http://top500.org/lists/2013/06/
http://en.wikipedia.org/wiki/top500