Is IT About to Become Extinct? Naahhhh! 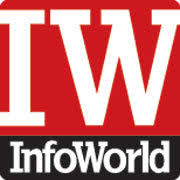 I favor articles that present two sides of a coin — not just the headline-grabbing shiny side, but also the scuffed up and finger-printed grimy side.
This preference pertains especially to articles about cloud computing, big data, cyber security, and all-electric vehicles.
Check out this article from Bob Lewis in InfoWorld.
Emphasis in red added by me.
Brian Wood, VP Marketing
———

Don’t believe the drumbeat against IT

Pundits predict a future of seamless technology solutions without need of meddlesome geeks. They’re dead wrong
The future rarely comes out as expected. For one thing, it’s never as futuristic as we had thought or hoped it would be. For another, while we make our way toward the future we’ve planned for ourselves, we get distracted by events we hadn’t expected. Then there are all the hidden impracticalities we had assumed would resolve themselves, only they never do.
That’s why we ended up with cyber space instead of outer space and self-driving cars rather than flying ones.
Our detour from outer space to cyber space wasn’t for a lack of desire to find a new frontier, but because we got distracted. The abstract world of online gaming turned out to be a helluva lot cheaper, easier, and quicker to get to, not to mention more comfortable, than going to Mars.
Our paucity of flying cars also isn’t due to any loss of desire. It’s a matter of practicality: A lot of drivers can’t even figure out how to use their mirrors in two dimensions. Can you imagine them in traffic in three? As it turns out, making a car that drives itself turned out to be much easier.
So don’t expect the future of IT to look like what the IT pundit class keeps nattering on about either: The cloud will not bring everything together so easily that a child or sales manager will be able to solve all their technology problems without help from those annoying geeks in IT who just keep complicating things.
No panacea, just good people doing hard work
The truth is, we annoying IT geeks aren’t complicating anything. We don’t need to. When it comes to technology, things manage to be complicated all by themselves. We just try to explain it and get it right.
Ignore the blamestorms and the pundits who sell snake oil. No panacea will painlessly solve any IT problem, and identifying someone as worthy of your ire solves nothing. These kinds of articles will waste your time if you read them and do nothing, and they’ll waste your money and effort if you follow their advice.
The best advice gives you trade-offs, not magical cures. These are the articles you want to pay close attention to. They are very much worth your time. Whether the subject is cloud computing, BYOD, big data, or another shiny new ball, articles that only tell you what you’ll get from them without explaining what you’ll give up are selling you a one-sided coin.
Want to run a more profitable business, with more efficient processes and more effective employees? That takes hard work. Want information technology that confers strategic advantage — that does more than just keep pace with the herd? That will be more hard work. Oh, by the way, you might need to spend something to get it all.
It’s all about trade-offs. I’ve been reading about the magical telepathic programming language that will know what the computer is supposed to do even when nobody knows what they want it to do since I first started programming professionally more than three decades ago.
In all that time, what has happened, over and over again, is that we’ve found ways to make the easy stuff even easier. The hard stuff remains hard — for which we should all be grateful, because that’s why we have human beings. When the hard stuff gets solved without our help we’ll wake up to discover we’ve made ourselves pointless.
I’ve read about futures like that. Let’s hope we never wake up to find ourselves in one of them.
http://www.infoworld.com/t/it-strategy/dont-believe-the-drumbeat-against-it-213425