It's NOT the Economy, Stupid 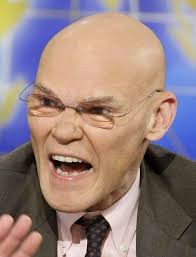 James Carville became a household name in the 1992 U.S. presidential campaign when he coined the phrase, “The economy, stupid” in reference to one of the three key campaign talking points.
The post below, by Barb Darrow in GigaOm, debunks the common misperception that cloud adoption is all about price.
Well, it turns out it’s not. Instead, it’s about agility and flexibility.
Emphasis in red added by me.
Brian Wood, VP Marketing
————

Cloud adoption: It’s not about the price, stupid

Don’t look now, but there has been a shift in thinking around why companies move — or should move — workloads to the cloud.
A few years ago, most of the talk was all around saving money. Look at how cheap Amazon Web Services are! Pennies per hour to spin up instances! We don’t need to buy more servers!
But over the last year, the discussion has morphed more into how cloud offers companies flexibility and agility and there’s growing realization that for stable, non-variable workloads, cloud — even public cloud — may not be the cheapest option at all. But that flexibility for intermittent or variable workloads remains the public cloud’s siren call. Check out posts from Virtual Geek and Cloudave for more thinking on this trend.
So the reason to go to cloud is no longer price but being able to move fast — deploy, re-deploy, and un-deploy workloads as needed without having to buy servers and software that could become shelfware next week or next month.

IaaS follows SaaS arguments of the past

What’s interesting to me is that this debate is evolving much like the discussion around Software as a Service (SaaS) did a decade or so ago. Initially, when Salesforce.com was coming into its own, most of the sales pitch was around price. Salesforce was so much cheaper than Siebel Systems. (Remember Siebel Systems? It’s now part of Oracle).
At that time, Microsoft was getting into the CRM business with its own on-premises edition. It’s counter-pitch was: “Sure, Salesforce.com may be cheaper at first, until you use it for three years. Then Microsoft on-premises CRM is cheaper.”
Of course, when Microsoft started rolling out its own cloud-based CRM, that price-based argument dissipated. The new thinking was that “cloud” CRM is better because everyone’s on the same, latest release and you can add/subtract users easily. Salesforce.com’s message likewise evolved to mirror that same message — especially as the more feature-rich Salesforce.com package options started to get um, quite pricey. Then Salesforce’s benefits became that it freed companies from the tedium and expense of on-site server and software upgrades. You could focus on business and leave the IT heavy lifting to your provider.
Everest Group partner Scott Bils agrees that the thinking around cloud deployment motivation is happening. “No doubt the conversation has shifted from [total cost of ownership] to agility,” he said. A survey Everest conducted of about 350 attendees at last week’s Cloud Connect show reflects that trend.

Customers surveyed cited reduced time to provision applications and infrastructure as their primary reason to move to cloud, followed by the cloud’s overall flexible capacity. TCO, on the other hand, came in way down the list.
Now, remember, these people were at a cloud computing conference, so they may be more up to speed on these issues than the average IT user. But as Bils noted: “Interestingly, vendors still mistakenly believe [cost remains] the most important factor.”
http://gigaom.com/2013/04/11/cloud-adoption-its-not-about-the-price-stupid/