Keepin' IT Real with Cloud Migration 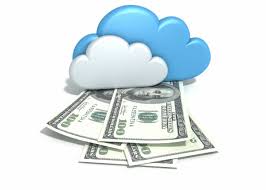 As with any hot new technology, claims and expectations can sometimes become a bit removed from reality. The froth often runneth over.
And so it sometimes goes with cloud computing, which is why we at AIS like to “keep it real” by reminding folks of all the practical considerations for migrating services to the cloud.
Don’t get me wrong: cloud services are killer; they just aren’t a panacea for all real-world considerations. We want our customers to always have their eyes wide open.
Original article by Ellen Messmer in Network World and summarized by Caron Carlson in FierceCIO.
[ Quick plug: see Dr. Timothy Chou of cloud computing, Stanford, and Oracle fame lead the CommNexus CIO Headliner event on March 6: “Migrating to the Cloud”. ]
Emphasis in red added by me.
Brian Wood, VP Marketing
————

KPMG finds that security challenges and architecture changes take more resources than anticipated.
A new study by KPMG International confirms what many IT departments have learned the hard way: cloud computing isn’t as cheap and easy as it’s often made out to be. Vendor puffery suggesting that moving to the cloud eliminates complexity has only added to the difficulties, reports Ellen Messmer at NetworkWorld.

KPMG found that two of the biggest reasons for migrating to the cloud were to simplify entry into new markets and to facilitate process transformation.
Unfortunately, for a third of the 650 businesses reviewed, the move was more expensive than they anticipated. What they hadn’t expected were the security challenges and the need to make substantial changes in their business and IT architectures.

Businesses discovered late in the game that changes had to be made in IT management, systems integration, business processes and infrastructure. More than a few suggested that the hype out of the vendor community prompted their misconceptions.
www.fiercecio.com/story/study-cloud-isnt-cheap-easy-expected/2013-02-06
———–

Moving to cloud computing is harder, costlier than originally envisioned

KPMG International study finds problems with vendor ‘hype’ that make cloud adoption sound easy
A substantial number of businesses say cloud computing security challenges are daunting and the costs higher than they originally thought they would be, according to the Cloud Survey report published today by consultancy KPMG International.
The study indicates that one-half of the 650 respondents said their organizations already make use of the cloud for business processes. Two of the main reasons given for moving to cloud-based services were to make it easier to enter new markets and drives process transformation. But one-third said the cost of moving to the cloud were higher than expected, mainly because they belatedly discovered that it involved more changes in their existing business and IT architectures than they’d originally recognized.
The problems they encountered included failure to address changes that were needed in business-process redesign, IT management capabilities, systems integration, infrastructure and various IT “configurations” involved in the transition process, the report notes. Many indicated their misconceptions about what adopting cloud-based services would mean arose due to vendor “hype” and confusion.
For one-quarter of the companies that participated in the survey, the security-related challenges were seen as “extensive” and in general an area where business executives and IT needed to work more closely together to create a cloud-security strategy. However, according to the report, regulation itself did not appear to be a major hindrance to cloud adoption in many cases.
http://www.networkworld.com/news/2013/020513-kpmg-266397.html