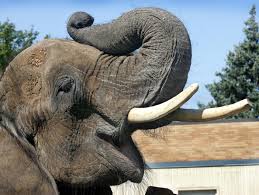 Why IBM Will Win the War With Amazon Web Services

Amazon dominates the cloud, but IBM, strengthened by its SoftLayer acquisition, has unleashed a marketing campaign that fires on all cylinders. Whether IBM’s cloud is, in fact, better may matter less than Amazon’s ability to challenge a company that’s made many competitors crumble over the past 102 years.
CIO — Amazon Web Services represents perhaps the most disruptive threat faced by the traditional set of enterprise vendors — and IBM is stepping up to address the AWS threat with a vengeance.
IBM knows how to deal with threats like this. The company has more than a century of experience fighting off disruptive competitors. Most of them are long gone, while IBM is still with us, so the firm’s approach has historically been very successful.
IBM is gearing up for war. Since Amazon is mucking around in IBM’s space, the folks in Armonk should have the positional advantage. I focus here on IBM’s strengths compared to Amazon’s weaknesses largely because Amazon isn’t fundamentally an IT solutions provider. Rather, Amazon is a successful retailer that found a low-cost way to provide services through their retail model to IT. Typically, these efforts don’t survive; in the face of focused competition, they aren’t adjacent to the firm’s core business (retail, in Amazon’s case). IBM is honed in, once again, on proving this well tested theory.

Amazon Lacks a Deep Relationship With IT

As with Apple and Samsung, Amazon is exposed to marketing that disparages its offerings. It lacks the longevity in market to have the kind of loyalty and brand trust that companies such as IBM enjoy. This means Amazon’s voice simply isn’t as credible or influential in the space. Like Apple of old, Amazon hasn’t yet developed the skills needed to defend against a marketing campaign that disparages it.
Worse, Amazon is light with marketing execution in general. This suggests that another vendor could take control of its brand image and do significant damage. (Look at what Apple did to Microsoft when the latter lacked the skills and the interest in protecting its brand during the Vista years.) The wife of CEO Jeff Bezos showcased this when she stepped in to discredit an unauthorized biography on the company and her husband. All this did was increase interest in the book. Amazon hasn’t resourced the task of protecting its image. IBM will execute against this strategic weakness.
Amazon offsets this by bypassing IT and selling directly to employees. However, IT retains the responsibility for compliance; given enough ammunition, IT generally can block access to any vendor seen as unreliable or unsecure. Expect IBM to start providing IT with the evidence to provide this block and with cost-effective alternatives that IT can use instead.
Without a deep relationship with IT, Amazon isn’t well-positioned to counter this strategy. If IBM can get close enough on price and ease of use, it should be able to displace Amazon as it has so many other challengers — Digital, NEC, Fujitsu, Compaq, AT&T and so on — which were even better positioned than Amazon is now.

IBM released its cloud marketing against Amazon this week. The associated stats are impressive. Realize that this is done to cause the belief that Amazon will fail to proliferate. This is less about IBM’s progress and more about showcasing that Amazon can’t compete, or that the market is moving away from Amazon, so that anyone buying into this service for an IBM-class deployment looks foolish.
IBM reports that cloud revenues exceeded $1 billion in Q3 and are growing at a whopping 70 percent, thanks largely to its $2 billion SoftLayer acquisition. This cuts through Amazon’s sales like a hot knife through butter.
IBM also points out that its solution is far more reliable, thanks to a $6 billion R&D investment and 1,400 patents, including a solution to the “noisy neighbor” problem that occurs when companies share cloud resources. This implies that Amazon may be at some intellectual property risk and can’t strategically compete with IBM because it simply lacks the skills and resources. (AWS users do have the option of running their cloud applications on dedicated hardware.)
Additionally, IBM cites its key role in OpenStack and its massive scale of 25 data centers and 37,000 cloud experts, which exceeds the rest of the market, let alone Amazon itself. IBM knows most companies need a hybrid approach that integrates cloud and on-premises technology, so it’s comparing its open approach and 2,200 available APIs to Amazon’s proprietary approach and 60 APIs.
IBM wins run the gamut from trendy companies such as Tumblr and Yelp to traditional powerhouses such as Molson Coors, PG&E and AT&T and government agencies such as the GSA, the VA and HUD. (Amazon does have the CIA’s private cloud, thanks in part to a recent court decision.)
Each statement from IBM is designed to showcase that Amazon doesn’t just have an inferior offering but is simply outclassed. Without an enterprise-class partner, Amazon is vulnerable to this sort of attack.

Don’t Bet Against the Old Dog in the Fight

IBM learned early on that fights in any market are often won and lost on perception. The company allocates staff and resource accordingly. In these battles it comes down to who has the most resources and knows the battlefield best. On all vectors, this should be IBM. Amazon may, as the first mover, have the tactical advantage, but IBM has the strategic advantage. At the end of the day, this is IBM’s battlefield. It has the best weapons and the appropriate skills.
Up to now, IBM hadn’t been fighting. This week, that changed. The fight does raise Amazon’s stature, and AWS could very well counter with the combination of a strong IT partnership and a better funded and executed marketing effort. But others have failed to see how they are exposed — and to devote the right resources to this kind of fight. In the end, this mistake will likely assure that IBM wins this fight yet again.
http://www.cio.com/article/742861/Why_IBM_Will_Win_the_War_With_Amazon_Web_Services