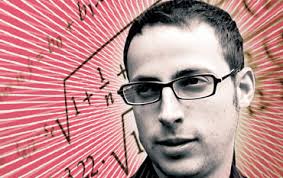 Nate Silver helped raise the specter of big data to new heights during the last presidential election. Last week, Fortune magazine’s Kurt Wagner posted an interview with the statistician in which Silver talked about the things big data cannot predict, along with its role in the stock market and what it could possibly have to do with dating.
Politics has made him a household name and Silver told Fortune there is a lot of b.s. in both news coverage of politics and the politicians themselves. He felt analytics could shovel some of that away.
In the interview, Silver was asked a poignant question about his own biases. His answer is a cautionary tale that can apply to big data implementation across any industry. He said it is hard for people to be objective, but especially hard in politics where politicians have developed a knack for manipulated public opinion, or the biases of other people. For them, it doesn’t matter what the data shows; it is their version of the truth that matters.
This can be found in businesses as well, as department heads word the data to their advantage. It is the first issue that must be addressed before big data solutions can be applied.
Silver compared politics to sports and said that the statistics in sports tell the reality. Fans, players, managers and owners all get their reality check when they see the numbers. Politicians and those that follow them without question never get this reality check. It is important for stakeholders in an enterprise to be open to such reality checks.
Another good lesson offered by Silver is the notion that one must work from a model, or as gamblers call it, a system. “All the hard work and all the decision-making process comes from designing this model before the fact,” Silver said. This means that big data can’t be applied willy-nilly to discover answers; one has to know what one is looking for.
So what can’t big data tell you? You’ll have to read Silver’s book to find out more, but start by thinking earthquakes. And the best night of the week to get a hookup through a dating service? Wednesday.
http://www.fiercebigdata.com/story/nate-speaks-big-data-listens/2013-04-30
——–