Never Not Protect Your VMs 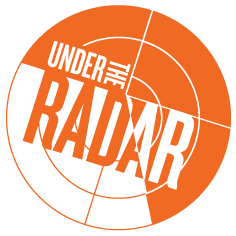 As with Apple computers and iPhones, it used to be that virtual machines (VMs) got a “free pass” when it came to malware: the bad guys just didn’t bother with them.
No more — especially as businesses move rapidly to VMs because of the inherent advantages pertaining to backups, version control, efficiency, and so on.
Never assume your instance is safe. Never assume you’re under the radar. Never not protect.
Summary article by Paul Mah in FierceCIO, original by Candid Wueest on the Symantec website.
Emphasis in red added by me.
Brian Wood, VP Marketing
——

Report: Virtual environments at greater security risk than ever

The threats to virtual environments are greater than ever, suggests a new Symantec study on malware behavior in virtual environments.
Many malicious software programs used to make a quick exit on virtual machines, or VMs–a tactic designed to escape closer scrutiny by security researchers. This is no longer the case, according to the findings of a new study by Symantec. This is a noteworthy development, given that VMs are increasingly deployed in business environments.
In its study, Symantec conducted an analysis of 200,000 random customer submissions since 2012, running the malware on both a physical computer and on a VMware virtual machine to see which ones stopped running in a virtual environment. It was determined that an average of just one in five malware detect the presence of a virtual environment and stop executing.
“For the last two years, the percentage of malware that detects VMware hovered around 18 percent, with a short spike at the beginning of 2014 where it reached 28 percent,” wrote Symantec threat researcher Candid Wuees in a blog entry. “On average, one in five malware samples detect virtual machines and stop executing completely if they arrive on one.”
Wuees explained malware that avoids running on VMs is limited to the number of computers it could reach. Moreover, malware writers also realized that it is suspicious when their malware detects that it is running on a VM and immediately terminates. As such, malware now continues to run in virtual environments, and malware writers are switching to other methods to avoid being flagged by an automated detection system.
On one hand, this means that malware researchers will have a harder time finding malware. For businesses, the change translates to higher risks than ever to VMs in enterprises, especially given the difficulty of traditional security software in detecting threats in a fully virtual environment. To make matters worse, the study made reference to malware designed specifically to attack and compromise virtual machine hosts that may be running on a server.
“Introducing virtualization technology to a business creates new attack vectors that need to be addressed, such as monitoring the virtual networks between virtual machines,” cautioned the report. “We have seen malware specifically designed to compromise virtual machines and have observed attackers directly targeting hosting servers.”
The full report titled “Threats to virtual environments” can be accessed here (pdf).
http://www.fiercecio.com/story/report-virtual-environments-greater-security-risk-ever/2014-08-15
——

In the security field, virtual machines (VM) have been used for many years and are popular among researchers because malware can be executed and analyzed on them without having to reinstall production systems every time. As we previously discussed, these tests can be done manually or on automated systems, with each method providing different benefits or drawbacks. Every artifact is recorded and a conclusion is made to block or allow the application. For similar reasons, sandbox technology and virtualization technology have become a common component in many network security solutions. The aim is to find previously unknown malware by executing the samples and analyzing their behavior.
However, there is an even bigger realm of virtual systems out there. Many customers have moved to virtual machines in their production environment and a lot of servers are running VM, performing their daily duty with real customer data.
This leads to a common question when talking to customers: “Does malware detect that it is running on a virtual system and quit?”
Some customers still hope that the answer is yes and that they are immune to malware when running virtual systems. Unfortunately, this is a misconception.
It is true that some malware writers try to detect if their creation is running on a VM. Some of the tricks used to detect if a program is running in a virtual environment are quite simple:

Malware has one huge advantage when executed on an automated VM analysis system. The analysis system needs to make a decision in a reasonable timeframe and if the sample does not behave in a malicious manner within the first five minutes, such as skipping waiting loops, the system will most likely deem it harmless. Other tricks used to detect a virtual machine focus on the malware interaction. For example, malware can wait for the system to reboot twice before it starts acting malicious or it can activate the payload after a certain number of mouse clicks have occurred. These tricks are harder to patch within automated VMs.
In some rare cases we have encountered malware that does not quit when executed on a virtual machine, but instead sends false data. These “red herrings” might ping command-and-control servers that never existed or check for random registry keys. These tactics are meant to confuse the researcher or have the automation process declare the malware a benign application.
Most of the samples use a runtime packer with built in VM detection. Generally, this means the packer or crypter will perform the detections, not the sample itself. Malware authors have realized that it is suspicious when an application detects that it is running on a VM, so they have stopped using those features in recent years.
Malware authors want to compromise as many systems as possible, so if malware does not run on a VM, it limits the number of computers it could compromise. So, it should not come as a surprise that most samples today will run normally on a virtual machine and that the features can be added if the cybercriminal wishes to do so.

Figure 1. Packer tool VM detection options
In order to answer the initial question with some real data and not just a gut feeling, we selected 200,000 customer submissions since 2012 and ran them each on a real system and on a VMware system and then compared the results. I tried my best to filter out samples that crashed before leaving traces or those that left “red herring” traces.  For the last two years, the percentage of malware that detects VMware hovered around 18 percent with a short spike at the beginning of 2014 where it reached 28 percent. On average, one in five malware samples will detect virtual machines and abort execution.

Figure 2. Malware samples that detect VMware per month
This means that malware still detects if it is running on a VM, but only in some minor cases. Symantec recommends that virtualized systems, just like any other systems, should be properly protected in order to keep them safe from threats.
Symantec engineers are always on the lookout for new techniques that malware authors may employ to bypass automated analysis. With the combination of various proactive detection methods, like reputation based detection, we can ensure maximum security for our customers.
For more information on threats to virtual machines, read our whitepaper: Threats to Virtual Environments
http://www.symantec.com/connect/blogs/does-malware-still-detect-virtual-machines