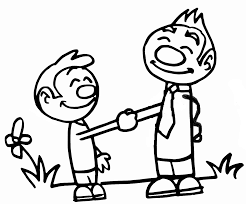 I like the ideas in the article below: progressive, mutual, results-based.
It will certainly take time to get entrenched players to “trust” (but verify, of course), but I applaud the concept of always needing to show value and earn your next paycheck.
Summary by Caron Carlson in FierceCIO; original by Stephanie Overby in CIO.
Emphasis in red added by me.
Brian Wood, VP Marketing
———

Should you trade your services contract for an informal agreement?

Conventional wisdom says that a clear, thorough contract is at the root of a successful outsourcing relationship, but not everyone agrees.
There are those who suggest that a simpler agreement accompanied by a handshake might be a better match for today’s IT needs, reports Stephanie Overby at CIO magazine.
A master services agreement can establish an “understanding and a framework” that leaves room for services to evolve, says Thomas Young, partner at the outsourcing consultancy and research firm Information Services Group. The scope and commercial terms of the agreement can be adjusted as needed, which is more consistent with evolving business needs and IT services models.
“If you have a structured 1,000-page contract that says you need to do something but the situation changes, you’ll either have a dissatisfied customer or a provider who can’t deliver,” Young says in an interview with Overby. “If we’re working together in a dynamic market, I may not even be able to articulate what I want six months or a year from now.”
Fierce’s Take: My favorite part of this interview is where Overby points out that an evolving services agreement, over the long haul, would take a lot more management on the part of the customer, which might be a “way to drive more billable consulting hours over the life of the outsourcing deal.” Young predicts that consultants like him would move to a managed services model, which would be priced lower than the episodic consultant model. When consultants (or service providers or anyone else, for that matter) willingly decide to work for less money, that’s the day I want to do Part Two of this interview.
http://www.fiercecio.com/story/should-you-trade-your-services-contract-informal-agreement/2013-05-03
———

How to Close Your Next IT Outsourcing Deal: Handshake vs. Contract