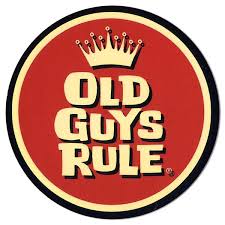 Old guys rule — or at least that’s what the bumper stickers say along the beaches of Encinitas.
In the face of “little data”, experience counts. Old guys, step up to the mike.
But when blessed with “big data” (i.e., lots of it), analytics shine. Sorry, geezers, take a nap.
Below is a summary by Caron Carlson of FierceCIO about a fascinating, well-written opinion piece by Viktor Mayer-Schönberger and Kenneth Cukier in Wired.
Emphasis in red added by me.
Brian Wood, VP Marketing
———-

Data alone can lead to efficiency, but probably not genius.
Data is the key to making decisions based on fact rather than feeling, but are we losing something by eliminating feeling from the process all together?
When human judgment is overruled by data, the way we value knowledge will be transformed and the subject-area expert will lose supremacy as the statistician gains status, write Viktor Mayer-Schonberger and Kenneth Cukier, authors of “Big Data: A Revolution That Will Transform How We Live, Work, and Think”.
Human judgment absent of concrete metrics often falls short of the mark, Mayer- Schonberger and Cukier write at Wired. Professional sports learned this when the Oakland As replaced a time-honored method of relying on instinct to value players to a new method relying on math.
When there isn’t enough information, experience and intuition (in the form of the expert) are critical. “In such a world, experience plays a critical role, since it is the long accumulation of latent knowledge–knowledge that one can’t transmit easily or learn from a book, or perhaps even be consciously aware of–that enables one to make smarter decisions,” they write.
But here’s the kicker: While big data is sure to help companies become faster, smarter and more efficient, it won’t necessarily make them dazzle. That will still depend on humans. “There is an essential role for people, with all our foibles, misperceptions and mistakes, since these traits walk hand in hand with human creativity, instinct, and genius,” the authors write. “The same messy mental processes that lead to our occasional humiliation or wrongheadedness also give rise to successes and stumbling upon our greatness.”
http://www.fiercecio.com/story/big-data-cant-supplant-instinct/2013-03-05
———-