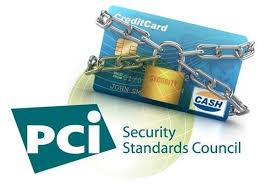 A little learning is a dangerous thing;
drink deep, or taste not the Pierian spring:
there shallow draughts intoxicate the brain,
and drinking largely sobers us again.

A little compliance is also a dangerous thing — especially since compliance is not inherently the same as security.
Dig deeper.
Article posted on Help Net Security.
Emphasis in red added by me.
Brian Wood, VP Marketing
——-

Despite industry data to the contrary, a new Tripwire retail cybersecurity survey indicates that organizations that rely on PCI compliance as the core of their information security program were twice as confident that they could detect rogue applications, such as those used to exfiltrate data.These respondents were also significantly more confident that they would be able to detect misconfigured or unauthorized network shares, which was a key attack vector exploited in the Target data breach.Industry research indicates that most breaches go undiscovered for weeks, months or even longer. The 2014 Trustwave Global Security Report reveals that retail is the top target for cybercriminals, comprising 35 percent of the attacks studied. The report also states that the number of firms that detected their own breaches dropped from 37 percent in 2012 to 33 percent in 2013.“Taken as a whole, these retail cybersecurity survey results indicate that most payment card processors need to engage in a standard of care discussion for their security programs,” said Dwayne Melançon, CTO at Tripwire. “While most respondents feel confident about their security investments, it’s not clear whether they are questioning the basis of that confidence. Instead of investing in the development of a solid security business process, they are focused on basic security steps that, while necessary, do not sufficiently protect their organization from cyberattacks.”Key survey findings for those who said PCI was “the backbone of their security program” include:

“It makes sense that PCI compliance improves cybersecurity confidence,” said Tim Erlin, director of IT security and risk strategy for Tripwire. “Having a structured program in place that’s objectively measured by a third party is a definite improvement over more loosely defined programs that are evaluated only by internal personnel. Careful implementation of foundational security practices is a great way to begin building a security program. However, many organizations fail to realize that the goal of PCI compliance is the protection of cardholder data. It does not protect the rest of your business.”
http://www.net-security.org/secworld.php?id=17188