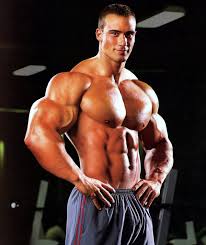 The article below clearly states what we at AIS have seen to be the case with our public cloud customers.
Performance matters.
A LOT!
The price / performance ratio for a reliable cloud service is what it’s all about.
Article by Nicole Henderson in The WHIR.
Emphasis in red added by me.
Brian Wood, VP Marketing
——–

Performance challenges far outweigh concerns of cloud security for organizations who are more comfortable with cloud services and host data intensive applications in the cloud, according to a survey released on Tuesday by Internap.
Internap surveyed 250 Internet infrastructure decision makers around the world in a variety of industries including software and Internet, hosting and IT infrastructure, media and entertainment, gaming, healthcare, education and financial services. Internap divided the respondents into two categories: “cloud-wary” and “cloud-wise.”
According to the survey, the top cloud challenges for cloud-wise organizations were performance (30 percent) and cost at scale (28 percent), followed by reliability (22 percent), compliance (16 percent), security (15 percent) and limited configurations (15 percent).
Forty-percent of the cloud-wary cited cloud security as a concern. According to the survey, while a portion of the cloud-wary respondents are from security-conscious industries,  such as financial or healthcare services, Internap said the majority may be overestimating security risks.
Nearly 60 percent of respondents hosting big data in the cloud cited performance challenges, and 63 percent said that a bare-metal cloud would appeal to them. Nearly three quarter of the respondents that said a bare-metal cloud appeals to them cited higher performance of dedicated servers as the reason.
“The survey data clearly indicates that big data applications – such as those that enable personalization and targeting through customer insights, social analytics and location mapping – are pushing the performance limits of virtual public cloud environments at price-points that don’t make business sense,” Gopala Tumuluri, vice president of hosted services at Internap said. “Performance and price are primary selection criteria for organizations choosing a public cloud provider. Yet, ironically, the top challenges organizations continue to face with their existing public cloud services are performance- and price-related.”
Another interesting point in the survey is the myth that cloud equals virtualization. Virtualization is not a defining characteristic of public cloud, and Internap said the widespread misconception presents an opportunity for providers to build greater awareness of other forms of compute offerings, like bare-metal cloud, which is a service that Internap has been pushing. Last year, Internap opened up the beta of its hybrid cloud platform, AGILECloud, which exposes virtualized and bare-metal compute instances.
http://www.thewhir.com/web-hosting-news/cloud-performance-challenges-outweigh-security-concerns-cloud-savvy-organizations-study