Planning to Fail? Just Say No to DIY DDoS Response 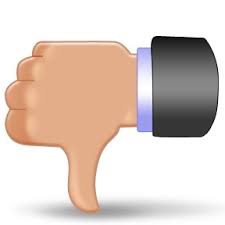 Companies that attempt to handle all of their IT infrastructure needs in-house may be doing themselves a disservice — especially when it comes to being on the receiving end of DDoS attacks.
Lack of preparation and experience are two key contributing factors in the large amount of time it takes for companies to recover from a DDoS. Most don’t know what they don’t know.
Executives would be wise to consider placing their IT infrastructure with a commercial data center operator that has the resources, training, and experience to handle massive DDoS attacks.
Nobody can realistically guarantee uptime, but we can indeed realistically guarantee much faster response-and-recovery times to DDoS attacks.
Both articles below by Tony Kontzer in Network Computing.
Emphasis in red added by me.
Brian Wood, VP Marketing
———

Distributed-denial-of-service attacks are a growing cause of costly data center outages, according to a new study
Having established just how much data center professionals dread outages (Ed: see below), the Ponemon Institute has discovered that a particular culprit has been causing them fits: distributed denial-of-service attacks.
Ponemon’s latest study, the second of a two-part look at data center outages, finds that DDoS attacks, which typically target specific servers, have joined the growing list of events damaging companies’ ability to keep their larger technology environments running.
DDoS attacks have become one of the most common triggers of data center outages, causing 18% of those experienced at the 67 U.S. data centers that participated in the study, which was conducted independently but sponsored by Emerson Network Power. When Ponemon first polled data centers on outages in 2010, DDoS attacks accounted for just 2% of outages.
Eric Hanselman, chief analyst at 451 Research, said via email that DDoS attacks have been growing dramatically, but it’s unusual for a data center to be the real target of an attack–it’s more often a case of collateral damage. DDoS attacks have increased as attack tools have improved and network speeds have increased, making it easier to generate massive amounts of dummy traffic. What happens is the primary carrier links into the data center become saturated, knocking out access to applications hosted behind them, he said.
The increasingly disruptive profile of DDoS attacks is made more problematic by the relative complexity in addressing the outages that result.
“It appears that these attacks are much more frequent and more difficult to contain than other root causes of data center outages,” Larry Ponemon, founder of the privacy and security think tank that bears his name, said in an email interview. “Specifically, in most cases, dealing with these causes required specialized technologies and forensic expertise.”
And it wasn’t just the frequency and difficulty in overcoming outages caused by DDoS attacks that caught Ponemon’s eye. “The most surprising factor was the lack of readiness or preparedness of companies,” he said. “In general, we found several companies completely unprepared to deal with this type of outage event.
At the same time, DDoS attacks result in some of the most expensive outages in the data center, the study found. DDoS-spurred outages cost an average of $822,000 to mitigate, second only to the $959,000 it cost to fix outages caused by IT equipment failure. By comparison, outages caused by accidental human errors — one of the most common triggers — cost companies an average of $380,000.
The high costs associated with DDoS-caused outages have contributed to another data center trend the Ponemon study identified: The length of data center outages has shrunk over the past few years, but the costs of overcoming those outages have risen sharply.
Specifically, the average cost of overcoming a data center outage has grown to $690,204, a nearly 37% increase since 2010, when Ponemon pegged the average cost at $505,502. Meanwhile, the average length of an outage shrunk to 86 minutes, down from 97 minutes in 2010.
In other words, the average cost per minute jumped more than 40%, from $5,617 to $7,908, which should provide plenty of motivation for companies to address outages quicker. Ponemon said the growing use of data center infrastructure management technologies is allowing them to do just that.
That said, data center outages are a reality of modern business companies must plan for, no matter how many tools they have at their disposal.
“The cost of unplanned downtime — whether it is the entire data center or one rack of servers — can be a huge unplanned cost for most organizations,” said Ponemon. “Companies should factor the total cost consequences when planning for availability and business continuity.”
Other findings from the Ponemon study include:
• Business disruption, loss of revenue and loss of user productivity together account for more than 80% of costs related to data center outages.
• Among the industries represented in the study, data centers in the communications industry faced the highest average outage costs ($976,344) while the lone hospitality industry data center that participated logged the lowest average costs of $392,922.
• Financial services, the most represented industry in the study with 10 participating data centers, experienced average outage costs of $773,286.
http://www.networkcomputing.com/next-generation-data-center/servers/ddos-attacks-wreak-havoc-on-data-centers/240164503
——-

Survey of data center operators indicates they’re overwhelmed by outages and aren’t sure of their ability to minimize their impact.
IT folks really don’t like data center outages. So much so, in fact, that 84% of data center professionals say they’d rather walk barefoot over hot coals than have their data centers go down for any length of time.
The quirky finding from the Ponemon Institute’s 2013 Study on Data Center Outages underscores the angst the study found among data center professionals.
Based on a survey of 584 data center operations personnel, the study, which was independently conducted but sponsored by Emerson Network Power, indicates that data center professionals are overwhelmed by unplanned power outages, have waning confidence in electrical utility providers, and feel ill-equipped to minimize the impact of outages.
Eight-five percent of respondents reported having experienced a loss of primary utility power in the past 24 months, and 91% of those said they’d had unplanned outages. In fact, respondents on average reported two complete data center shutdowns during the preceding two years, with an average duration of 91 minutes.
It’s likely that duration can be tied to a lack of preparation, as indicated by the measly 38% of respondents who say they have ample resources to bring the data center back up in case of an unplanned outage. That represents just a single percentage point improvement since 2010, when Ponemon conducted its first study on data center outages.
That’s not going to cut it when 71% of respondents now say their companies’ business models are dependent on the data center to generate revenue and conduct e-commerce, up from 65% in 2010.
“A lot of data centers are not living up to the letter of the law. It’s the letter A–it’s called availability,” Larry Ponemon, founder of the Ponemon Institute, said in an interview. “People have this expectation that the system is basically impervious to all sorts of things and that availability is going to be guaranteed, or close to it.”
One additional obstacle data center staffs face in trying to meet availability expectations is that senior leadership appears to be out of touch. When divided along hierarchal lines, respondents who are at a director level or above have a rosier picture of the issues facing data centers than rank-and-file data center staff across the board. They’re more likely to have confidence in electrical utility providers, faith in the status and effectiveness of backup equipment, and belief that executive management supports efforts to minimize unplanned outages.
Reality tends not to support their comparatively upbeat outlook, as just 46% of all survey respondents agreed with the statement “unplanned outages do not happen frequently,” down from 50% in 2010. That apparent increase in frequency corresponded exactly with the drop in respondents who said they had high confidence in the reliability of their electrical utility provider: 46%, down from 50% in 2010.
There is some reason for optimism, though, as nearly three-fourths of respondents expect innovations in technologies used to monitor and manage data center infrastructures will have a positive impact on data center availability.
“If you have those tools in hand, it’s sort of like security intelligence: You may not know everything, but you can pull a string and stop things,” Ponemon said. “You can’t avoid [outages], but you can minimize them.”
http://www.networkcomputing.com/next-generation-data-center/news/servers/data-center-outages-haunt-it-pros-study/240162889