Prepare! The End Is Near 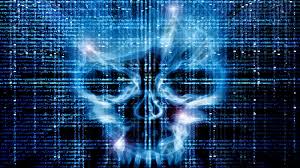 Repetition works — and so the cybersecurity warning messages are starting to soak in.
Prepare for “when”, not “if” — for ignorance is no longer an excuse.
By John Ginovsky in ABA Banking Journal.
Emphasis in red added by me.
Brian Wood, VP Marketing
———-

Silicon Valley Bank clients prepare for when, not if, cyber attacks will occur
Most technology and healthcare companies view cyber security as a serious threat to both their data and business continuity, and only one-third are completely confident in the security of their information, says Silicon Valley Bank, Santa Clara, Calif., in a survey of more than 200 technology company executives.
“The survey shows us the threat of a cyber attack is not just hype. A surprising number of technology companies we heard from say the threat to their IP and their business is very serious,” says Bob Curley, managing director of corporate finance for Silicon Valley Bank.
“Companies in the tech sector, particularly software companies, are feeling exposed, and increasingly having to expend resources to manage cyber attacks, rather than investing in the growth of their business. That’s a huge impact on a growing company, and eventually the economy overall.”
Nearly all (98%) of companies are maintaining or increasing their cyber security resources and of those, half are increasing resources devoted to online attacks this year. Resources are most likely to be invested in monitoring, preventative policies, training, and staffing rather than in preventative infrastructure, indicating they are planning for when, not if, they are attacked.
While most respondents were moderately confident in the security of their information, they were less confident in their partners’, vendors’, and clients’ security measures. Most respondents are storing their data privately, showing a lower appetite for storing their information in the public cloud. Software companies were the exception with 59% using the public cloud, versus more private behavior by hardware, healthcare and cleantech companies.
Forty-six percent of companies, whose main offering is not security, include cyber security functionality in their product and 8% more plan to add a cyber security component to their core offering.
The study, based on a survey of 216 executives of technology-based companies, is the first in a series of pulse surveys of Silicon Valley Bank’s clients intended to give similar firms adequate benchmarks to compare themselves against as they build and run their businesses.
The full report, “Cyber Security Impact on Innovation,” was part of a discussion led by SVB between Silicon Valley-based CEOs, and Michael Daniel, special assistant to President Obama and cybersecurity coordinator on Sept. 20. The group discussed the impact of cyber security threats and attacks on growing and established technology companies.
http://www.ababj.com/technology-channel/item/4141-bank-survey-finds-many-tech-companies-preparing-for-cyber-attacks