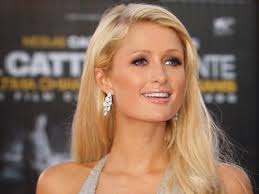 We knew that cloud was booming, but we didn’t know that it was projected to be $191B in 2020.
As Paris Hilton says, “That’s hot!”
By Nicole Henderson in The WHIR.
Emphasis in red added by me.
Brian Wood, VP Marketing
——-

Public Cloud Market Gears Up for Hypergrowth Phase, Reaching $191B in Revenue by 2020

The public cloud services market is expected to reach $191 billion in revenues by 2020, a huge jump from the $58 billion in revenue in 2013, according to a report released on Thursday by Forrester Research.
Cloud applications will lead, accounting for a whopping $133 billion of revenue in 2020. Cloud platforms follow, generating $44 billion in revenue, and cloud business services will generate $14 billion in 2020.
Forrester’s last forecast, released in 2011, predicted the public cloud services market would reach $160 billion by 2020. Its latest forecast is a 20 percent jump from that number, but Forrester analyst Andrew Bartels tells Computerworld that the cloud is starting to shift from a complement to a replacement for existing technology, accounting for this “hypergrowth.”
While using public cloud services to complement existing technology is still the dominant trend, Bartels said that new companies and startups are going directly to the cloud. These companies will become a larger part of the economy, he says, and over time, will make up a larger portion of cloud business.
“While not a one-for-one replacement for on-premise, hosting, or colocation, cloud platforms fit well as ideal deployment options for elastic and transient workloads built in modern application architectures,” Forrester analyst James Staten says in a blog post. “And as the seismic shift in application portfolios progresses, public clouds will capture a significantly larger addressable market.”
Forrester notes that the cloud has a “delaying effect” on spending, since rather than buying hardware upfront, companies increase long-term spending with SaaS vendors, for example, that may require a three or five year commitment.
As noted in other reports on cloud adoption, Forrester says that concerns around security, integration, performance and cost linger. Public cloud service providers have responded to the latter concern by slashing prices. A recent report showed that AWS led public cloud price reductions in 2013.
“Still, inertia is difficult to overcome in the enterprise market, and there remain legitimate concerns about the security and performance of cloud solutions in certain parts of the world and for certain use cases and data types. As the past three years have shown, these will be overcome,” Staten writes. “The CIO’s biggest battle will be the internal cultural, psychological and financial accounting barriers born in a different age that will take decades to change. Start the fight now.”
http://www.thewhir.com/web-hosting-news/public-cloud-market-gears-hypergrowth-phase-reaching-191b-revenue-2020