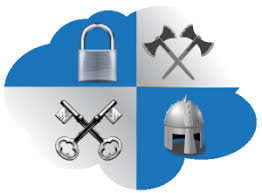 Most interesting result — and this is extremely important to our collective understanding of cloud adoption:
“While the benefits of the cloud increase with experience, the challenges of cloud show a sharp decrease as organizations gain expertise with cloud. Security remains the most-often cited challenge among Cloud Beginners (31 percent) but decreases to the fifth most cited (13 percent) among Cloud Focused organizations. As organizations become more experienced in cloud security options and best practices, the less of a concern cloud security becomes.”
Wow.
Research conducted by and posted on the RightScale website.
Emphasis in red added by me.
Brian Wood, VP Marketing
—–

In February 2014, RightScale conducted its third annual State of the Cloud Survey, asking 1,068 technical professionals across a broad cross-section of organizations about their adoption of cloud computing. Twenty-four percent of respondents came from larger enterprises, representing organizations with more than 1,000 employees. This year’s survey on cloud computing trends found that public cloud adoption is nearing 90 percent on the journey to hybrid cloud as enterprises seek to expand their portfolio of cloud services.
Executive Summary
In compiling the State of the Cloud Survey results, we use our RightScale Cloud Maturity Model to segment and analyze organizations based on their levels of cloud adoption:

Hybrid Cloud Is the Strategy of Choice

Next-Generation IT Shapes Up: Cloud + DevOps + Self-Service IT

VMware and OpenStack Battle for Lead in Private Cloud

Although cloud adoption is significant, it is interesting to note that enterprise respondents are more heavily clustered in the middle stages of Cloud Beginners and Cloud Explorers. However, over the last year, many enterprises have moved beyond the Cloud Watcher stage – now representing only 16 percent of respondents vs 32 percent in 2013.
Enterprises are enthusiastically moving forward in their journey to cloud. While their transformation may take longer than that of smaller organizations, it is clear that very few enterprises will remain on the sidelines.

Hybrid Cloud Is the Strategy of Choice
The 2014 State of the Cloud Survey shows that hybrid and multi-cloud implementations continue to be the end goal for the enterprise: 74 percent of enterprise respondents have a multi-cloud strategy, and 48 percent are planning for hybrid clouds.

Enterprise Cloud Governance Lags Adoption
While enterprises are progressing in cloud adoption, they often have yet to define key elements of their cloud strategy and governance. Just over half of enterprises have defined the business value they want to get from cloud initiatives and security policies for cloud. Only a minority has defined policies for choosing public or private clouds (36 percent), implementing availability or disaster recovery (32 percent), and managing costs (29 percent).

Cloud Benefits Grow in 2014
The 2014 survey echoes a key finding of the 2013 State of the Cloud Report: Cloud maturity matters. As organizations adopt cloud more broadly, they realize increasingly more value, and the challenges of adopting cloud decline. Organizations indicate that the top benefits that they have already realized are greater scalability, faster access to infrastructure, higher availability, and faster time to market for applications.

Cloud Security Concerns Abate
While the benefits of the cloud increase with experience, the challenges of cloud show a sharp decrease as organizations gain expertise with cloud. Security remains the most-often cited challenge among Cloud Beginners (31 percent) but decreases to the fifth most cited (13 percent) among Cloud Focused organizations. As organizations become more experienced in cloud security options and best practices, the less of a concern cloud security becomes. Concerns about cloud security declined in 2014 among both Cloud Beginners and Cloud Focused respondents.

While the challenge of cloud security declines with cloud maturity, other challenges demand attention in Cloud Focused organizations. Compliance continues to be an issue for 18 percent of Cloud Focused users, representing the largest challenge. In addition, cost and performance occupy the second and third slots as organizations need to focus ongoing attention on these issues.

Next-Generation IT Shapes Up: Cloud + DevOps + Self-Service IT
At the same time that cloud adoption is growing, two other significant trends are taking hold in corporate technology offices: DevOps and Self-Service. Together, these three initiatives — Cloud, DevOps, and Self-Service IT — are shaping up as the critical pillars of next-generation IT. Penetration of DevOps practices grows as companies increase their cloud maturity. Seventy-six percent of respondents at Cloud Focused companies are adopting DevOps as opposed to 57 percent of Cloud Watchers.

Self-Service IT also follows a parallel adoption path. Enterprises with higher level of cloud maturity are more likely to have a self-service portal for cloud services and enable fast provisioning of cloud resources. Sixty-eight percent of Cloud Focused organizations provide self-service access to cloud services, and 71 percent of those can provision cloud instances in under an hour.

Public Cloud Wars Heat Up
Over the last twelve months, the cloud landscape has continued to evolve at a rapid rate. We asked respondents to tell us which clouds they were using and whether they were running applications in the cloud, experimenting with the cloud, planning to use the cloud, or had no plans to use the cloud. Most respondents are using more than one cloud, so totals will add up to more than 100 percent. These results indicate whether a respondent is using any cloud, but do not specify the number of applications that are running in each cloud.
AWS continues to lead in public cloud adoption, with 54 percent of respondents currently running applications in this cloud. This is more than 4x the adoption rate of the second most used cloud, Rackspace Public Cloud. Google App Engine rounded out the top 3 in current adoption.

Download the RightScale 2014 State of the Cloud Report for the complete survey results, including enterprise and SMB adoption of public clouds.
We can also gauge interest and potential for future adoption by measuring respondents that are experimenting or planning to use particular clouds. AWS also commands a lead in mindshare, with Google IaaS and Azure IaaS close behind. This could indicate potential for those vendors to move up in future years as these experiments and plans come to fruition.
Special note: One result that seemed unusual was that VMware vCloud Hybrid Service (vCHS) was ranked fourth. Because vCHS is a relatively new service, and many VMware users are often unclear about which VMware products are in use, we conducted follow-up interviews on a small sampling of respondents who had stated that they were running applications in vCHS. In most of the follow-up interviews, we found that there was some testing of vCHS somewhere in the organization. However, in some cases, there was no use of vCHS. We believe it is likely that the vCHS responses reporting running applications represents early tests of vCHS and may actually be lower than survey results show.
Public cloud adoption patterns are very different between larger enterprises and smaller organizations. AWS remains in first place across both segments, but the remaining rankings have significant differences.

Download the RightScale 2014 State of the Cloud Report for the complete survey results, including enterprise and SMB adoption of private clouds.
Among enterprises, current private cloud usage was skewed toward traditional virtualization vendors. As mentioned before, this includes respondents who view their vSphere environment as a private cloud — whether or not it meets the accepted definition of cloud computing.

Summary: Now Is the Time for Cloud
The 2014 State of the Cloud Survey shows that the time for cloud adoption has arrived. The vast majority of organizations have already embarked on a cloud journey that will make IT a critical component of corporate growth and profits.
IT organizations are rapidly moving toward a world where they can offer a portfolio of cloud services, both public and private, to meet the diverse requirements of their applications. Organizations are already seeing significant benefits from their use of cloud, and the barriers to adoption are rapidly disappearing. As a result, each step companies take in their cloud journey delivers increasing value.
http://www.rightscale.com/blog/cloud-industry-insights/cloud-computing-trends-2014-state-cloud-survey