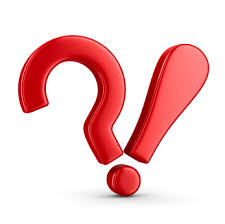 My Fellow Americans:
You rock!
News reports like the one below make it harder for The Onion to find ways to make us all laugh.
Summary article by Nicole Henderson in The WHIR, original story by Salvador Rodriguez in the Los Angeles Times.
Emphasis in red added by me.
Brian Wood, VP Marketing
——

11 Percent of Americans Believe HTML is an STD

…and Other Surprising Findings Around Tech Jargon

HTML, SSL, VPS…the list of acronyms used in the hosting industry goes on and on. As service providers, using jargon without clearly explaining or educating customers on their definition can create a lot of confusion.
According to a recent study that surveyed 2,392 men and women 18 years of age or older in the US, 11 percent of respondents reported to believe HTML was a sexually transmitted disease. (I wonder what they would think about HTML5).
Conducted by coupons website Vouchercloud.net, the survey showed that a staggering 77 percent of respondents could not identify what SEO means, and 27 percent identified gigabyte as an insect commonly found in South America.
While the type of people that would look for coupons online are likely a different demographic than those on the cutting edge of new technology, the sample of respondents is still large enough to be of a concern to service providers, especially those who provide basic shared hosting or similar services targeted to individual users.
Though there is no direct correlation, this study does come as some service providers I’ve talked to are moving away from positioning offerings as ‘hosting’ or ‘cloud’, and instead are increasingly presenting them to potential customers as solutions to a business problem. With this approach, and a focus on education and consultation, individuals and small businesses may come away with a better understanding of the technology available to them, and why they need to buy it from you.
http://www.thewhir.com/blog/11-percent-americans-believe-html-std-surprising-findings-around-tech-jargon
——

1 in 10 Americans think HTML is an STD, study finds

If you’re talking tech with Americans, you may want to avoid using any jargon.

A recent study found that many Americans are lost when it comes to tech-related terms, with 11% saying that they thought HTML — a language that is used to create websites — was a sexually transmitted disease.
The study was conducted by Vouchercloud.net, a coupons website, as a way to determine how knowledgeable users are when it comes to tech terms.
“Technology is a huge interest for our user base, and month after month we see thousands of people visiting our site to look for coupons and deals to use when purchasing their favorite tech products,” a company spokeswoman said in a statement. “It seems that quite a few of us need to brush up on our tech definitions.”
Besides HTML, there were some other amusing findings:

Despite the incorrect answers, 61% of the respondents said it is important to have a good knowledge of technology in this day and age.
The study involved 2,392 men and women 18 years of age or older. The participants were not told that the study was specifically looking into their knowledge of tech terms. They were presented with both tech and non-tech terms and were asked to choose from three possible definitions.
“Hence why a mix of both normal and technology-related words were used,” the company said in a statement.
[Updated 9:40 a.m. PST, March 5: The origin and veracity of the survey have come under question by a journalism ethics website. The firm that conducted the survey, 10 Yetis Public Relations, said it stands by its work and has provided the full survey results.
The survey is “100% genuine, and it’s a valid survey,” said Leanne Thomas, a senior account executive for 10 Yetis Public Relations.
Thomas said the survey was conducted over email over the course of seven days. She said participants of the survey were given no incentive to respond.]