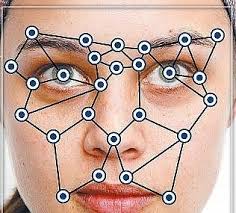 The US immigration agent had a hunch.
So while he was taking part in a warrant sweep in the Oceanside neighborhood of the US city of San Diego, in California, he whipped out his Android smartphone and snapped a quick photo.
He didn’t have to ask his subject’s name. He didn’t need to check the man’s identification. And he certainly didn’t need a warrant.
The facial recognition software on the mobile phone confirmed the agent’s suspicion about the immigration status of a neighbor of the person he was pursuing: the neighbor was in the country illegally and had been convicted in 2003 of driving under the influence in San Diego.
It’s easy to see why law enforcement agents rave about this new, mobile facial recognition technology – called the Tactical Identification System (TACIDS) – which has been quietly rolled out in a pilot program in San Diego this year, according to a report published on Thursday by The Center for Investigative Reporting.
Here’s what the agent said about the episode in his testimonial for the Automated Regional Justice Information System – a vast data-sharing program that underlies the project, coordinated by the San Diego Association of Governments:

The subject looked inquisitively at me not knowing the truth was only 8 seconds away. I received a match of 99.96 percent. This revealed several prior arrests and convictions and provided me an FBI #. When I showed him his booking photo, his jaw dropped.

Oh, snap. Yes, you can see where the law would eat this right up.
Without this type of facial recognition software, which taps into databases of convicted or other persons of interest, “Uncooperative Persons Are Not Easily Identified, Wanted And Persons Of Interest Evade Detection, and Outstanding Warrants Remain Unexecuted,” as outlined in the TACIDS materials.
As Ali Winston writes in the Center for Investigative Reporting story, the facial recognition program was rolled out without any public hearings or notice.
Its secrecy has alarmed privacy experts and raised questions about whether this program is the harbinger of a future that sees government databases cataloguing most people, all in spite of a raging international debate over the US’s National Security Agency’s (NSA’s) and other governments’ surveillance agencies’ collecting and sharing mind-boggling amounts of data on the public.
Law enforcement officials told Winston that the facial recognition software has built-in privacy safeguards.
It doesn’t retain a central database of people who are stopped by police and questioned, they said.
After an image taken in the field is run through the system, it is discarded by the central database, they said. No database is created of photos of people who are stopped and questioned by police.
The devil’s in the details, however.
Winston reports that during field tests with police, images taken in the field were stored within individual tablets that weren’t set up to automatically delete photos that don’t match a record in a criminal database.
“It’s up to police to delete those photos on their own,” Winston writes.
Meanwhile, as officers rave about the precision of facial recognition, the Electronic Privacy Information Center (EPIC) has obtained documents that show that the Federal Bureau of Investigation’s (FBI’s) facial recognition program failed to identify the right person 1 out of 5 times.
That alarming error rate translates into a 20% chance of an innocent person getting misidentified.
This imprecise technology is set to spread across the country like a pestilence.
The program’s goal is, in fact, to develop open-source software that “will be made available as part of a repeatable national model,” the program proposal states.
Tim Dees, a retired police officer and criminal justice college professor who now writes about technology as it’s used in law enforcement and corrections, suggested to me that there’s nothing, really, to stop the spread of the technology, at least from a financial or technological standpoint:

These facial recognition systems will get cheaper as time goes on. It's mainly software. The hardware already exists on smartphones and tablets.

As far as civil liberties go, Dees argues that facial recognition actually serves as a safeguard against false arrest based on a similar name, date of birth, government tax number, etc.
The flip side of the coin, Dees said, is if the police start using facial recognition as the sole element of probable cause for a stop:

Your day could be ruined because you looked like a wanted felon.

Still, Dees says, the facial recognitions systems aren’t quite as Big Brother as most people think:

The faces are run against local files only, as bad guys don't often stray that far from home. It's not a system like on TV, where the face image from a surveillance cam goes into the software and the good guys have the owner's complete pedigree in seconds. A system that ran nationally would take far too long and come up with too many false positives.
But, as a safeguard for 'Is this Lisa Vaas?' it works fine.

Even if San Diego’s pilot program isn’t yet hooked into national databases doesn’t mean it won’t be, eventually.
FaceFirst, a military contractor spinoff and the vendor behind the program, certainly has lofty, federal-level ambitions.
Winston reports:

The $126,800 contract for the San Diego system is the company's first public contract in the United States. … Rosenkrantz would not say whether the company's products are used by federal law enforcement, but the company has had talks with the Pentagon, Border Patrol and Navy.

What do you think? Would you be relieved to have your photo snapped and thereby avoid possible false arrest if police confuse you with a criminal?
Or is there something somewhat criminal about facial recognition being rolled out in this stealthy fashion, without the moderating influence of public debate?
http://nakedsecurity.sophos.com/2013/11/12/san-diego-quietly-slips-facial-recognition-into-the-hands-of-law-enforcers/