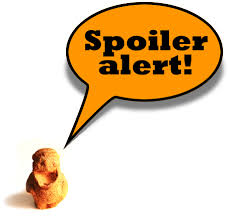 By Caron Carlson in FierceCIO about an original article by Bob Lewis in InfoWorld (also re-posted below).
I love these pieces that serve as “zig” to marketing hype’s “zag” regarding the forthcoming bounty of life-changing glories bestowed by the cloud.
The cloud bounty is real, mind you, but remember folks: you don’t get something really great for nothing. If you don’t believe me, just ask a cashier at an Apple store!
[ I especially love any article that uses the words “geezer” and “cow pies”. Bravo! ]
In all seriousness, moving to the cloud takes work, but that’s life. Progress demands effort.
Emphasis in red added by me.
Brian Wood, VP Marketing
—————

Infrastructure-as-a-service and platform-as-a-service offerings may deliver quick and relatively affordable ways to achieve scalability and improve time to market, but the cloud services also require a lot of work on the part of in-house IT teams, warns Bob Lewis at InfoWorld. Luckily, you can avoid a lot of mistakes by following the wisdom that “geezers” like himself have gained over the years.
“Follow me along two cloud migration parables, the first of which takes us back to the early days of the personal computer (he geezed) and the second of which puts us in a woodland where everything we thought was simple about migrating to the cloud is, in fact, surrounded by cow pies,” Lewis writes, in his usual, inimitable style.
The first parable harkens back to IBM’s (NYSE: IBM) effort in the 1980s to develop a low-end printer that could be assembled robotically, he recalls. Unfortunately, the costly design necessary for robots to put the printer together wiped out the savings of robotic assembly.
Next, Lewis recalls that at one time it was widely believed that business needed to have a good process to automate before IT could deploy automation. Although it may make sense on first glance, processes are in fact conceived in the context of the technology needed to deploy them. So if the technology is restricted to existing manual processes, it isn’t likely to lead to new efficiencies or innovations. In other words, if you apply an old thought process, you are likely to miss new opportunities.
Back to the cloud, the complexity of IT systems–incorporating hundreds of applications cobbled together over years–makes designing for the cloud no easy matter. Each application probably requires unique configurations for servers and storage, and transferring it all to the cloud takes careful, time-consuming planning and execution. And it will keep IT departments busy for a long time to come.

Migrating to the Cloud Means More Work than You Think