In the Spotlight: Software Developer 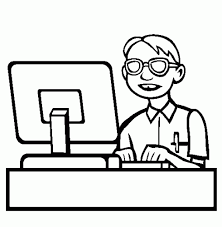 Now you know.
Article by Rona Borre in FierceCIO.
Emphasis in red added by me.
Brian Wood, VP Marketing
——

Job title:
Software developer
Key responsibilities for this individual:
Software engineers work on the design, development, maintenance and evaluation of computer software and systems. Depending on the company and industry they’re developing for, software developers’ duties can range from designing and developing entirely new applications to maintaining and upgrading well-established applications.
On a typical day a software developer’s tasks will likely include obtaining a list of requirements from their business colleagues, implementing new features and functionality into their software and assisting in the analysis of end-user behavior in order to improve the software’s usability.
Top industries or markets needing this position:
Any organization that has its own software will need software developers. Often times a software developer’s skillset is not specific to a particular industry; what the software does is not as important to a developer as how the software does it. Occasionally a developer will have a particular, industry-specific interest that may be of assistance, but the majority of the time these individuals work more in technology than in the business.
Preferred job roles or work background desired in this job role:
While not mandatory, it is certainly helpful to have studied computer science in college or to have taken programming courses outside of a formalized college setting. These classes often provide developers with a strong foundation of knowledge before they get started in their careers. Beyond the classroom, a developer should try to expand his or her knowledge base by taking on challenging and innovative projects working with newer technologies, as well as developing leadership capabilities to eventually be able to move into a software development management role.
Technology, business and soft skills needed for success in this role:
It is important for software developers to cultivate an understanding of how their applications will be used. This is why it is important for them to develop a relationship with their business partners who can provide these needs in a non-technical way so they can be translated into the application’s performance.
Top challenges of acquiring this talent:
As with many tech jobs, the biggest challenge with hiring software developers is scarcity. There are more startups, software companies and solutions in the marketplace that rely on the talent of software developers. The stakes for finding these professionals are high, which puts even more pressure on the recruiters and hiring managers in charge of finding the best developers out there.
If a company can’t find the developers they need, they then run the risk of not being able to bring new products to market on time, which impacts revenue, customer retention and competition. They also risk burning out their existing development team. As more companies pursue the finite pool of talent that exists, hiring managers often have to recruit from competitors, creating challenges not only in recruiting but also in retention.
Best sources for recruiting individuals into this role:
Great software developers are almost never available and on the market. This means hiring managers can’t expect top-notch candidates to just show up on their doorstep asking for a job. HR needs to take the time seek out candidates and get to know them.
For starters, go where they go. Go to the conferences or local meetups software developers attend. This will allow the recruiters to discover a whole new group of talent they wouldn’t find by just scouring the pile of resumes in their inboxes.
Another way to find developers is to establish an internship program. This helps companies find talent early on and before anyone else can steal the talent away. This also gives them a chance to develop their skill sets. Lastly, establish a desired community at the company. Developers want to hang out with other smart, talented developers. If a company becomes known for having those types of employees, other developers are going to want to work there–even if it means leaving their existing positions.
Competitive salary and benefits required to hire this individual:
Software developers make anywhere from $55,000 up to $140,000 a year. The developer’s salary mostly depends on what they’re developing and the years of experience they have. For instance, developers who work in the computer systems design or the software publishing industries are not only in higher demand, but also are likely to earn a higher salary than their counterparts.
http://www.fiercecio.com/story/its-hottest-jobs-software-developer/2014-03-17